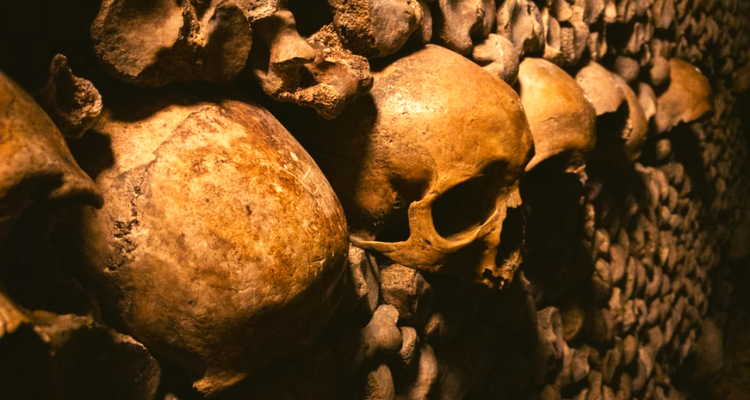 A crazy list for people who’d want to explore a different India. Unspoilt, fable-alike, and full of mystery, a beautiful country to visit for millennials and every human who wants to improve their perception and awareness of his or her own self. Don’t go after the crowd all the time, we need to carry on with our gut feel at times during travel. That will take you places you have never thought and emotion you have never ever dealt with. That’s pretty much India for you.

How about a date night here?

Surrounded by graves and coffins, New Lucky Restaurant in Ahmedabad gives a surreal experience. You’ll dine with the dead and there’s a reason for it. This popular hangout is expected to bring great fortune to people and there have been several occurrences that made this tale real too. Built on an old Muslim cemetery, this food joint is one of the strangest destinations to eat in India. Started as a tiny chai stall, Mr Krishnan Kutti, the owner of this restaurant is proud of its growth and he believes in the mystical vibes of the eternally sleeping individuals responsible for all the fame and familiarity.

Is it possible for a mega pillar to hang defying gravity?

#3 Shani Shingnapur – No Doors, No Locks

Backed up by staunch belief and devotion toward Lord Shani, a hamlet in Maharashtra even today function without doors and locks. Not just the houses but also banks here have lockless deposits. The crime rate here is negligible and a police station opened in September 2015 is yet to receive a strong complaint until this point in time. The villagers here believe that Lord Shani will take care of them and there is no need to keep things locked up. A 300-year-old tradition is still practised without any hassle. It all started with a 1.5m Black Slab and it now attracts more than 40,000 visitors to the Shani Shingnapur Temple. Let Lord Saturn, as the villagers believe keep them safe and secure forever.

People tell two folklores for this unique temple in Deshnoke. One yarn depicts the rats as 20,000 children while the other describes the rats as 20,000 soldiers. Karni Mata is one form of the fierce goddess Durga. The rats in this temple are fed and maintained by the family of Deepavats. Some work in rotational shifts based on the lunar cycle while a few members stay permanently in the temple complex. The leftover milk of ‘Kabbas’ (little children), as they say, is seen as prasad to cure ailments and imbibe goodness to one’s family. If you have fear of rats, visit this temple of rats and emerge out fearless like the Batman conquered his fear of bats.

“I will work and sweat for a great vision, the vision of transforming India into a developed nation.”

Due to the efforts of Sarpanch Himanshu Patel, Punsari Village has become the smartest village in India. From well-connected roads, WiFi connectivity with 30 Mbps data, AC school classrooms, and regular private shuttle service for women workers to having CCTV installed in every street end, Punsari Village is definitely setting the standards high. All of these started with the dream of a common man who strived for the happiness and welfare of the village. Many international activists are coming to Punsari Village to learn about the sustainable practices in this incredible hamlet. One must pay a visit to this village to understand how neat the roads are maintained, how effective their commitment toward green practices is, and how self-sufficient these destinations tend to be.

#6 Channapatna Temple – Where God is Dog

The dog temple in Channapatna celebrates the human’s best friend, a unique temple just 60 km away from Bangalore. There are statues for the two dogs in the temple which were lost in a nearby village. Those two dog statues are said to drive away negative energy from the Agrahara Valagerehalli village. Every year, a unique festival is celebrated in honour of the two lost dogs. An opulent businessman has built this temple in the year 2010. If you are a dog lover, pray in this temple for a long life filled with happiness for your dog.

Into the Wild: 5 National parks to enjoy wildlife in India

#7 Snake Village – Where Snakes are Family

Every home in this village has a separate space for snakes

Snakes are highly revered creatures in India. While there are many movies like Indiana Jones and the Temple of Doom highlighting India as a Land of Snake Charmers, in reality, it is far different. But not far distant. As Shetpal, a village 200 km away from Pune Airport is home to Cobras and King Cobras and many other non-venomous snakes. In this hamlet people including young children never fear snakes nor do they harm the villagers too. They live in total harmony with each other, in fact, every home in this hamlet has a Devasthan (exclusively holes for snakes) for their dear visitors to rest and bless their family. Near Modnimb Railway Station, this snake village is a harmless charm or that is what it is!

A great biodiversity zone where a number of birds and animals species outnumber the wildlife population to area ratio. Near this natural paradise, there is a beautiful women only market called Ima Keithel Women’s Market. A must-visit place in Manipur. Floating islands in Loktak Lake is the reason for different kinds of species in smaller space. Keibul Lamjao (on the left) is the only floating national park in the world. Sangai, the endangered species and state animal of Manipur is found in this national park. People of this region who fish live in “Phumdis” (floating homes) while the Loktak Lake surrounds the whole premise.

Here! Take a picture of ME. I know you want to

One cinematic village that cultivates the best hashish in the whole world. People here are nice as well as dramatic. They don’t like the touch factor (well aware of Coronavirus, maybe!). They consider themselves to be the descendants of Alexander and so the superiority complex runs strong in their veins. But their village council has strong rules preserving wildlife, trees, and poaching. Interestingly, they are not shy to pose. A good place to frame up for your Instagram post is before their three-storied home.

The Timeless Throttle of Om Banna

Jodhpur, the blue city of Rajasthan famous for blue-themed houses and Mehrangarh fort (The iconic jump in Batman Begins was shot here by Christopher Nolan) has another unbelievable deity “Made Like a Gun”. A 350 CC Royal Enfield Bullet is the main deity that accepts liquor as an offering. The story of Om Banna who crashed into a tree and died riding this bullet is the starting point of this mysterious bullet deity. When the vehicle was confiscated and brought to the police station, it is said to have disappeared even after several tries. The bullet was found exactly at the spot where Om Banna had died. Since then this bullet god has become a regular praying spot of motorcyclists from all over the country. At night, people have reported hearing the sound of the engine starting.

How many can you tick off from this list of 10? Where would you like to travel first?

If you feel terrified, amused, and felt goosebumps down the stomach and spine, you can tell us about it in the comments. We can go with another list of mysterious places and practices in India if you can help us create a unique list. Thank you in advance!

Temples of India to explore with your family and beloved ones.