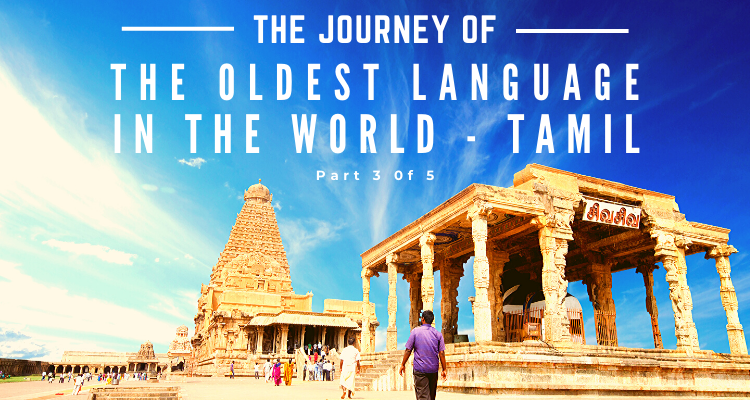 Sixth Phase of Excavation at Keeladi on the Go!

Important: Good news for people of Tamil Nadu and lovers of Tamil all over the world as the 6th phase of Keeladi excavation has begun. Keeladi, the hotbed of Tamil Civilization is slowly revealing the period of a beautiful culture with every mindful strike. Let us hope the Tamil Nadu State Department of Archaeology (TNSDA) will leave no stone unturned.

Konthagai, Agaram and Manalur are more three places of excavation that will join Keeladi in the sixth phase of excavation. TNSDA deputy director R. Sivanandam confirmed the news while novelist S. Venkatesan is confident about human bones coming out of the excavation carried out in Konthagai.

Let us dive into the journey of the oldest language while Tamil Nadu is anticipating a breakthrough in the sixth phase of Keeladi Excavation.

Keeladi Valley Civilization vs Indus Valley Civilization has become the talk of the state since Keeladi, a hamlet near Madurai erupted with ancient Tamil texts in pots, buttons, needles, rings, pendants, beads, plates, iron objects, copper objects, bone objects, and shell bangles in every excavation. Every archaeological find is an inch closer to proving Tamil as the oldest language and civilization in the world.

Tamil Names in Towns, and Islands of the World

One of the prominent Tamil historian and writer, Sivagnanam Balasubramani popularly known as Orissa Balu is sailing in the sea of Tamil for the past 2 decades. His findings and sense of connecting Tamil with the world is a remarkable achievement. This blog will mention about Tamil names in different parts of the world with concrete meanings.

“Manimeghalai“, one of the five great Tamil epics is also the name of the important character in that Tamil literature. Manimeghalai is worshipped in countries like Thailand, Laos, and Cambodia as the Lightning Goddess. Pottery found on Thailand has revealed 2000-year-old Tamil inscriptions and “PERUM PATHAN KAL” (The Stone of the Great Goldsmith) which is 1800-year-old is found in Thailand.

Likewise, the letters found on Easter Island, Indus Valley, and Tamil Civilization hotbeds are similar in shapes and structure. In Brazil, there is a place called “Marakkanam” which is a place town in Vilupuram district of North Tamil Nadu. There is a small island in Japan called “Kuril” which is a set of short sounding Tamil letter and matches with the size of the island in the land of the rising sun.  A group of people called ‘Koryaks’ live in Attu islands of Alaska. “Attu” is the earlier version of “Ettu” (Eight) in Tamil. Alaska also has an island called “Iniyan” which is a pure Tamil name. Ontario of Canada still has a place called “Vellore” which is one of the hottest districts in Tamil Nadu. Similarly, lake Erie where Niagara falls is occupied by Comanche people. “Erie” means lake in the Tamil language.

Even Mexico’s Tamaulipas has the same flavour in foods as Tamil and the good news is researchers and professors of Mexico, Brazil, and Canada have included Tamil as one of the entrants of South America and North America long back. Meanwhile, “Arima” is a common term in the West Indies which is a pure Tamil word meaning Lion. While the South American powerhouse, Argentina’s Patagonia and Catamarca has Tamil influences imbibed all over the land. One of the most instagrammable spots Hawai has a place called “Waimanalo” which means Hot Sand in Tamil.

Kadavu is the exact meaning of Passport in Tamil and there is an island in Fiji called “Kadavu” which is often referred to as Micronesia.  Likewise, the aborigines of Australia live in an island called “Koolan” which means cereals in Tamil. “Uluru” (means home town in Tamil), “Pallamallawa”, “Toongabbie” (derived from Toongavi, a place near Coimbatore of Tamil Nadu) are Tamil names found in Australia, including “Madura”. Valparai a place near Kovai in Tamil Nadu has its distant twin in Chile of South America, Valparaiso.

Keeladi is just a start toward unearthing the oldest language and civilization in the world. Tamils have traversed all the corners of this planet both via land and sea. Only prompt carbon dating without further ado can deliver the right results about Tamil. Around 30 BCE, Pandiyan Kingdom was connected with the Mediterranean sea and empires of Rome where the ancient mode of mails was exchanged. “Marudham“, a civilized agricultural landscape unknown to the world of wild terrains was introduced by Tamil to streamline the production of crops and yield food for a large number of population.

The Five Landscapes in Tamil:

People living in such terrains were associated with their jobs and were classified accordingly, for efficient administration. The beauty of ancient Tamil lies in its ability to respect every individual for what he does and not where or how he was born. Everybody was carrying out their job and were living in harmony with each other. Tamil people have even domesticated elephants and have maintained integrity with all living creatures. The masters of ecological balance too!

As mentioned, Keeladi is just a minuscule of the vast roots of Vaigai Valley Civilization. As an industrial town of the past, sites like Keeladi are prominent examples of the developed civilization, Tamil. In the future, International conferences, seminars, and meetings without any political disparity can reverberate the world about the importance of the Tamil language.

Deep-sea research and excavations in the land from Kanyakumari to Madagascar will reveal the treasured islands and extinct ancient Tamil ports to the world. The steady signs of progress of Tamil language and evidence will declare to the world one day about Indus Valley Civilization as a smaller part of the oldest civilization – Vaigai Valley Civilization.

2 responses to “TAMIL, the oldest Language and Lap of the world | The Masters of the Oceans – Part 3”