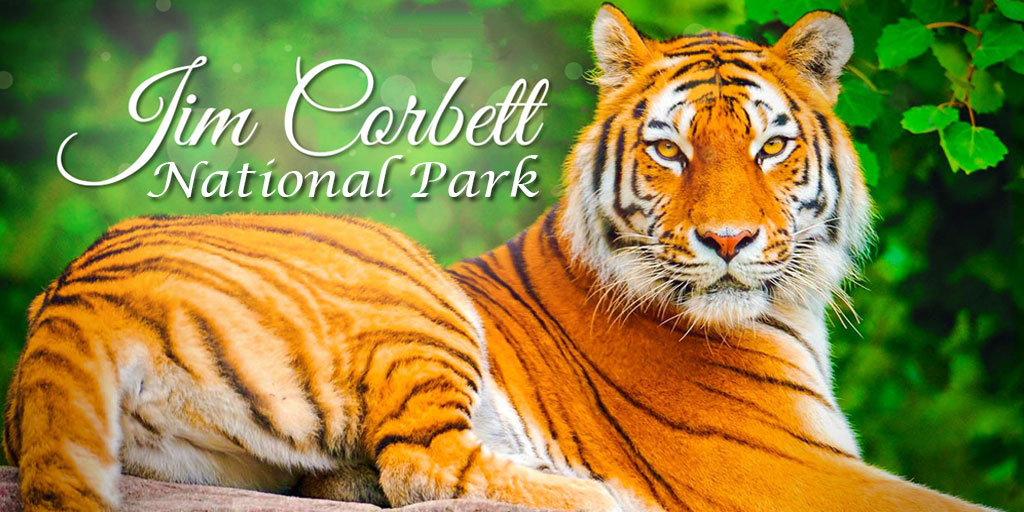 Spread across the Nainital district and Pauri Garhwal District of Uttarakhand in the foothills of great Himalayas situates the famous Jim Corbett National Park which is named after the legendary tiger hunter turned naturalist, Jim Corbett. Established in 1936 as Hailey National Park, it is renowned as the first and oldest national park in India. It spans over an extent of 520 square kilometres in which 73% of the park is occupied by forests and 10% grasslands and the rest adorned with hills, marshy depressions, riverine belts, and lakes.

You know India is home to more than half of the total world population of exquisite wild cats (Tigers). And Jim Corbett National Park has a long tradition of conservation of endangered Bengal Tiger and is also hailed as the First Tiger Conservation Project in India with a wealth of tiger richness. Today, the Jim Corbett National Park is home to 215 tigers as well as distinct varieties of plants, birds and animals. The park is divided into five zones namely Dhikala, Jhirna, Bijrani, Sonanadi and Domunda where you can go for wildlife safari and enjoy nature’s exceptional beauty and catch the glorious sights of animals with all its wildness. The Bengal Tiger, Asiatic Elephant, Leopards, Wild Boar, Sloth Bear, Jackal, Mongoose, and Crocodile forms the main residents of this national park. Have the experience of a lifetime exploring the length and breadth of wildlife in Jim Corbett National Park in the midst of lavish greenery, pleasant climate and calmness with the view of sky-scraping Himalayas.

Edward James Corbett, fabled as Jim Corbett is the man behind the famous Jim Corbett National Park. Born on 25 July 1875, in Nainital, Kumaon district of Uttarakhand, Jim Corbett was the eighth child of William Christopher and his wife Mary Jane. Jim showed a keen interest in forest and wildlife from his very young age. Over time, he learned to identify the cries of most of the animals and birds and later became a good tracker and hunter. During his life, Jim has shot a number of leopards and tigers which were reported as man-eaters that killed over 1200 people.

The unexpected transformation of Jim Corbett from a hunter to naturalist is truly an astonishing feat. Once a man who saved men from the tigers is now saving the tigers from men, isn’t it unbelievable? This drastic transformation was when Jim realized that the tigers were suffering from a certain disease or earlier wounds like that are caused by porcupine quills that gradually turned them into man-eaters, while he analyzed the carcass of the tigers he shot. So, to stop them from becoming man-eaters, he decided to protect them. At first, he gave people awareness about wildlife and its importance to our natural heritage. Eventually, he played a vital role in establishing this protected area which was later renamed as Jim Corbett National Park in his honour.

Never miss the chance to visit Corbett Museum that beautifully portrays the entire journey of Jim Corbett from a hunter to a naturalist. To everyone’s surprise, it is his very own home which is transformed into Corbett Museum now. It is situated in Kaladhungi, Kumaon, in Uttarakhand which is just 31 Km away from the Jim Corbett National Park. The museum displays the personal belongings of Jim Corbett, like his hunting weapons, prey from different places, manuscripts, sketches, camping equipment, medical kits, etc.

You can find Male Bamboo (Dendrocalamus strictus) growing in abundance here along with shrubs like Ber (Zizyphus), Maror Phali (Helicteres isora) and Jhau.

The main attraction of Jim Corbett National Park is the Royal Bengal Tiger. Besides, the Park is home to 50 species of animals, 25 reptile species, more than 650 species of residents and migratory birds along with more than 50 species of raptors.

You can spot here Asiatic Elephants and four to five different species of deer. Barking Deer, Spotted Deer, Sambar, Chinkara, Hog Deer are some among them.

The bird species found here are divided into five categories.

Mid-November to Mid-June is the best time to visit Jim Corbett National Park.

The place enjoys a moderate climate throughout the year. But during the Summers, the temperature can reach up to 40°C and in winter it may range between 5°C to 30°C. And the place receives heavy rainfall during the Monsoon season.

Safaris are the best way to indulge in the serene nature and to get a close sight of animals. Corbett National Park offers you with Elephant Safari, Jeep Safari and Canter Safari.

Trekking amidst nature’s bounty is an incredible experience.

As Jim Corbett National Park is home to a large variety of both resident and migratory birds, you can have a wonderful time here spotting birds of varied species.

The park also offers the opportunity to indulge in fishing and angling.

River Rafting is an enthralling and memorable activity to do in Corbett National Park.

Overnight camping in the lap of Corbett National Park will leave you with memorable experiences to cherish.

Jolly Grant Airport Dehradun and Indira Gandhi International Airport Delhi are the nearest airports to Jim Corbett National Park which are situated at a distance of 147.2 Km and 244.3 Km respectively.

Ramnagar Railway Station is the nearest railway station to Jim Corbett National Park which is just 1.1 Km away.

There is a 6-hour drive from Delhi to Jim Corbett National Park which covers a distance of about 269.2 Km. You can also hire a taxi or cab to reach the park.

‘Man vs Wild‘ television show featuring PM Modi’s jungle adventure with Bear Grylls in Jim Corbett National Park is the latest trending topic on the internet today. The main motto of this jungle adventure was to create awareness about wildlife conservation and environmental change. It went viral very soon after Edward Michael Grylls, the world-famous adventurer and survivalist who is popular as Bear Grylls, shared a teaser of the episode on Twitter.

The full episode was aired on August 12 on the Discovery Channel and people from more than 180 countries have watched the show in which the beauty and wildlife diversity of the Jim Corbett National Park was perfectly presented to the viewers. As the trek covered by Prime Minister Narendra Modi and Bear Grylls became so popular, the Uttarakhand tourism department is all set to name the trekking route as ‘Modi Trail’ and is sure to attract more tourists and wildlife enthusiasts to Jim Corbett National Park. We are pretty sure that many are interested to know about this park after watching this show.

Indian Panorama will help you to plan your special getaway to Jim Corbett National Park with our well-crafted tour packages.