6 Interesting facts about the Jagannath Temple at Puri, Odisha 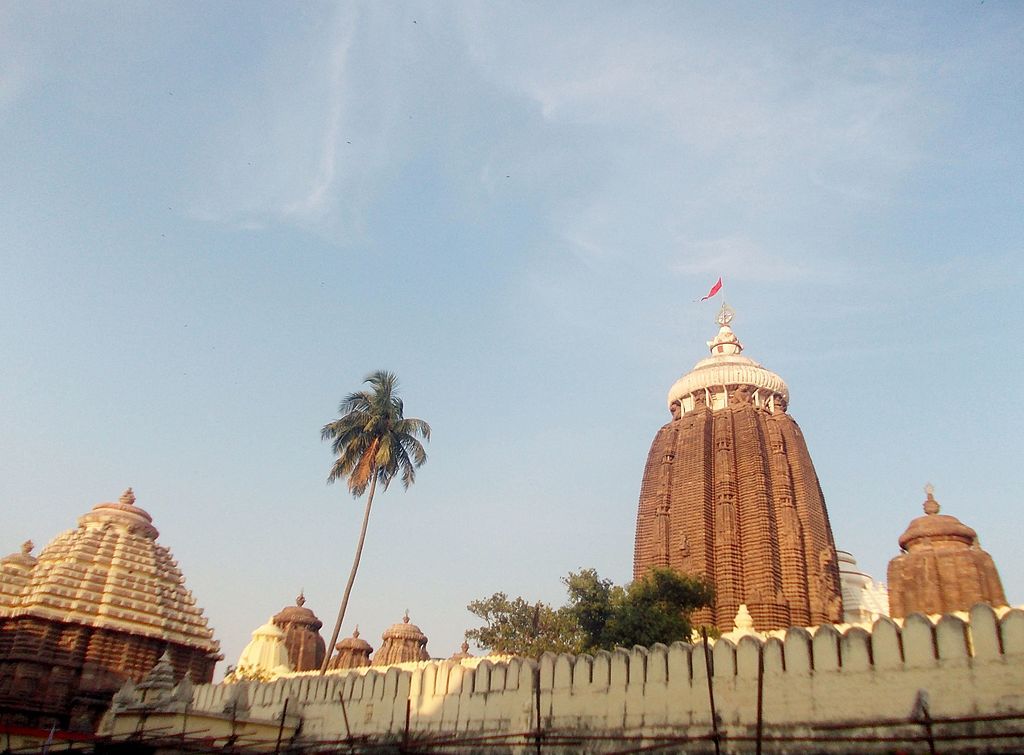 Odisha is a lesser-known state for travellers coming to India, however, the UNESCO sites such as the Konark Sun temple and the Puri Jagannath Temple is never unheard of. Built in the 11th century by King Anantavarman Chodaganga Deva, the Jagannath Temple at Puri is a part of the Char Dham Yatra, a holy pilgrimage covering four most sacred sites for the Hindus. The spectacular architecture of this temple is a delight for the visitors. The temple has been a subject of mystery for many years which is still unsolved and curious travellers all around the globe make their way to Puri to experience the same-

Certain interesting aspects of this temple are as follows-

The flag atop the temple defies the laws of nature and flaps in opposite direction of the wind. The reason is still unknown.

The 12 feet wheel, the Neela Chakra at the top of the temple faces you regardless of wherever in Puri you stand. It is also known as the Sudarshana Chakra, the divine weapon of Lord Vishnu. The wheel is nearly 2 tonne in weight and is made of eight metals namely iron, copper, zinc, mercury, lead, brass, silver and gold. It still amuses the modern architects how this giant wheel was carried to the top the temple and also the technique used by them to make it look the same from all sides is pretty fascinating.

The mighty dome of this giant temple defies modern physics. Everything that has mass cast a shadow, whereas this majestic temple dome cast no shadow at any time of day. It is another mystery which the modern scientists wonder and praise a lot about.

Prasadam is the temple offering of food to its devotees. The Jagannath Temple sees 10000 to more than 100000 devotees every day, however, the Prasadam has never fallen short for the devotees and never been more as well. It is never wasted. Fascinating, isn’t it? It is indeed!

People believe it is Lord’s play to ensure food is never wasted.

Often we see a lot of birds surrounds the temple, however in Puri, you won’t see a single bird flying over the Jagannath Temple, it is completely a bird free area. It is another mystery nobody knows anything about. Even no airplanes fly over the temple.

Make a visit to this UNESCO site at Puri!

To book your tour to the Jagannath Temple, log on to Indian Panorama

One response to “6 Interesting facts about the Jagannath Temple at Puri, Odisha”