The “Not so popular, yet spectacular” Brahmapureeswarar Temple, Trichy 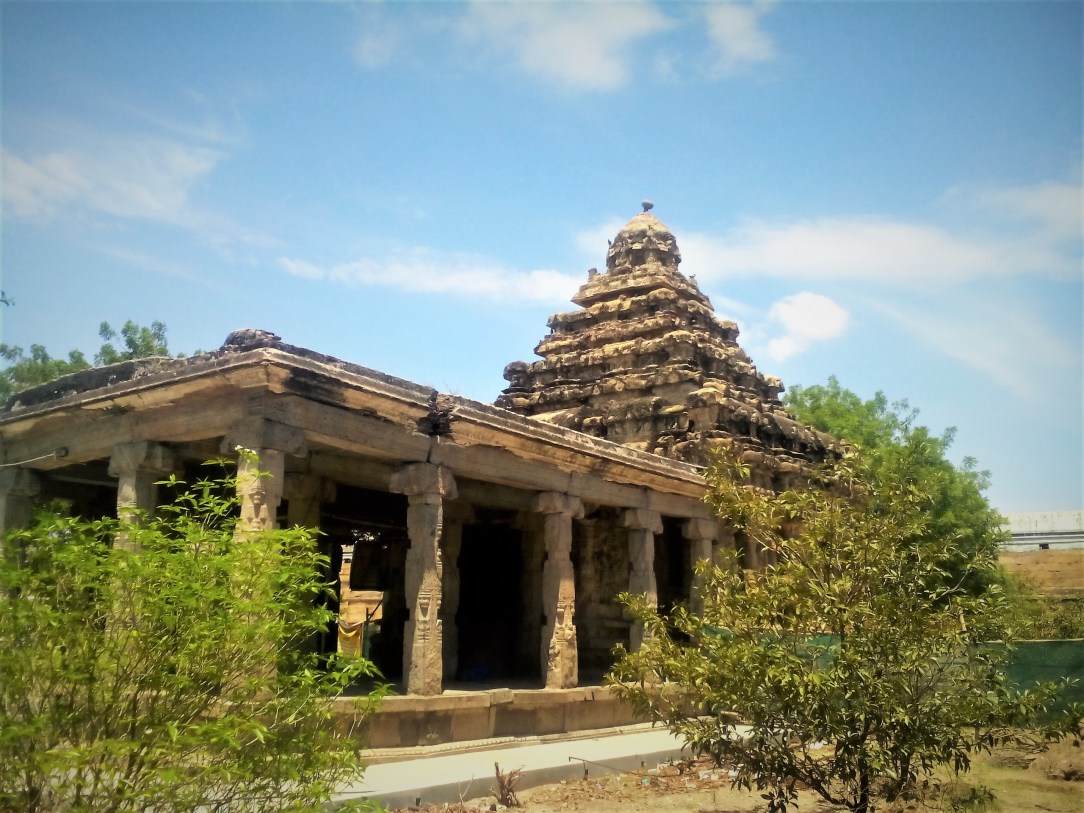 Located 36 km from the city of Trichy, on the way to Chennai, is this yet another spectacular Dravidian architectural marvel, the Brahmapureeswar Temple. Not known to many, this temple is tucked away on the outskirts of the Trichy city at a serene village near Tirupattur. After a 30 km drive from Trichy, take left and a 6 km drive through the beautiful village side would take you to the Brahmapureeswarar Temple. An Early morning visit is recommended for a great spiritual ambience. The main deity worshipped here is the Lord Brahmapureewarar, an avatar of Lord Shiva. Lord Brahma, the creator among the Trimurtis [Trident- Brahma, Vishnu and Mahesh] appears to worship Lord Brahmeeswarar here.

The legend behind this temple goes like Lord Brahma once got so proud of himself being the creator of the World. Brahma boasted of his power and even considered him equal to Shiva since both have 5 heads. In order to destroy the ego of Brahma, Shiva deprived Brahma of his creative power and plucked one of his 5 heads. Brahma realized his mistake and sought forgiveness from Lord Shiva.

Shiva asked him to take birth on earth as a human and travel all across the world doing rituals in favour of him. Brahma did the same and reached Tirupattur. He made 12 Shiva Lingas out of sand and worshipped Shiva. Pleased by Brahma, he and Goddess Parvati [his consort] appeared before Brahma and relieved him of his curse and gave back his creation rights. Since then Lord Shiva and Goddess Parvati is worshipped here as Lord Brahmeeswarar and Goddess Brahmanayaki. The sage behind the Yoga Sutras, Patanjali is believed to have made a visit here as well during his journeys. His Samadhi is also on display here.

Now, speaking about the Temple architecture, it is a 2000-year-old temple which reflects the Chola style of architecture. There are separate shrines for Lord Brahmapureeswarar and Lord Brahmanayaki. A huge 6 feet long statue of Lord Brahma can be seen by the side of the Lord Shiva shrine. He appears to be in his Padmasana pose on a Lotus flower. The 12 Shiva Lingas worshipped by Lord Brahma is also kept intact in this temple. The most interesting aspect of this temple architecture is that it is constructed in such a way that the sunlight falls directly on the main idol of Shiva every year exactly during the 15, 16 and 17th day of the Panguni month.

The temple is open early morning 7 am to 12 pm and 4 pm to 8 pm in the morning. The most auspicious occasion to visit the temple is during the 10 day festival during the Panguni month which comes during March- April every year. It is believed people who experience hurdles in their life can get their fate rewritten by making a visit to the temple. Students do offerings to Lord Brahma here in order to do well in their studies and married couples also visit this temple for child boon since Lord Brahma is believed to the creator of our universe.

Tamil Nadu, being the land of temples and pure spiritual energy, I wonder why this temple is often missed by the travellers especially the spiritual seekers. The very reason that the Brahma temples are very rare adds more significance to the Brahmapureeswarar Temple and makes it a must visit in while you head out to Tamil Nadu.

One response to “The “Not so popular, yet spectacular” Brahmapureeswarar Temple, Trichy”