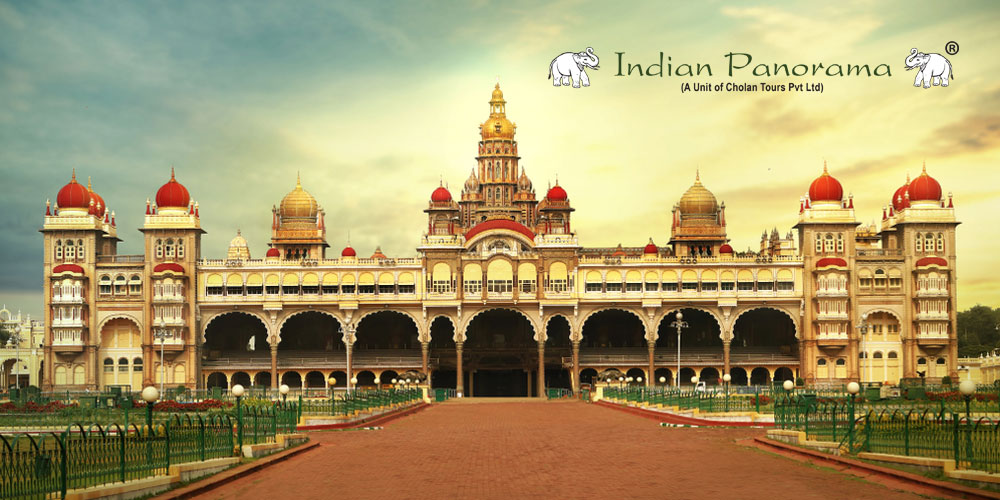 The Great Living Temples of Cholas

Airavatesvara temple shaped like a chariot in Darasuam was built by RajaRaja Chola II in the 12th century. As a UNESCO World Heritage Site, the temple boasts off the architectural precision of the Chola dynasty. Carvings of “Yali” having the trunk of an elephant, head of a lion, body of a bull, and ears of a big horned sheep, and ears of a pig are fictional creatures believed to have helped the kingdom while waging wars. The “musical steps” nearby the Nandi is a living testament for Chola’s knowledge toward art and architecture.

Brihadeeswarar temple in Tanjore was incepted by Raja Raja Chola I in 1003 AD and completed in 1010 AD. Nandi made of a monolith towering 13 feet, the 80-ton granite boulder on the top of the 216 feet “gopura”, and the aura of Lord Shiva celebrates the unbelievable architectural worship of the Chola empire. The thousand-year-old temple is proudly known as the ‘Big Temple’.

Gangaikondacholapuram temple is the feminine version of the ‘Big Temple’ and was built by the great Rajendra Chola as a symbol of the dynasty’s remarkable expansion up to the Ganges. The Cholagangam lake was also built to celebrate the victorious quest. The Simhakeni, ornated “vimanas” (temple towers), 13-feet Shivalingam, stories of the sage Chandikeshwara, and the ineffable inscriptions of the Chola capital are the remnants of an unadulterated empire.

The 400-odd stone-cut higgledy-piggledy steps of the Rockfort Temple in Trichy offers tourists a panoramic view of the city from the Uchipillayar Shrine at the top. Make use of the golden hour instead of the blue hour to complete the climb, barefoot.

The ancient Pallava kingdom of Kanchipuram – Mamallapuram or Mahabs as colloquially mentioned is best explored during the sunset. The riddle-fed Arjuna’s penance and their connection with the Himalayas attract the mythological crowd. South of this 12-meter tall rock surface is the unfinished Pancha Pandava Mandapa. The Trinities of Hinduism – Brahma, Vishnu, and Shiva have an adorned Trimurthi Cave Temple here. The Five Rathas and Shore Temple herald the maritime architectural skills of the Pallavas. Interested in Sanskrit stories? The southern end of Mahabalipuram welcomes you with carvings of the Puranas. Witness the “Boar Avatar” of Vishnu in the act of rescuing Goddess Earth in the Varaha Mandapam. Explore the timeless carvings of the Pallavas and spend your al fresco hours in the relaxing shores of Mahabs during your Tamilnadu tour.

The ruins of Hampi although a melancholic tale, has seen the ascend and descend of empires contributing to the UNESCO World Heritage Site status.

Trek and climb the photogenic Mathunga Hills while UNESCO tagged Hemakutta Temple combines history and religion in a hilly setup. Pick embroidered shawls, classical coins, stone figurines, and clay dolls in the Hampi Bazaar of the erstwhile Vijayanagar Empire. The Pampa Sarovar – the sacred pond of the Hindus near the Hanuman Hill in Anegundi has an active temple whereas Achyutaraya Temple reminding the sculptures of Alexandria offers a spectacular sight at dawn and dusk during your Karnataka tour.

After admiring the group of monuments in Hampi, the tombs of Bidar Fort await history lovers.

When you are in Mysore, falling in love with the Mysore Palace is a mandatory process. The blend of Hindu, Gothic, and Islamic architecture with an Indo-Saracenic layout overlooks the Chamundi hills. The Heritage tour in Karanatka is never complete without sighting the 57-feet Gomateshwara or ‘Bahubali’ statue built in 981 AD during the Ganga dynasty.

Monuments like Bijapur Citadel, Raja’s Tomb in the serene hills of Coorg, and a bunch of monuments in Pattadakal incarnated during the Chalukyas dynasty need a separate write-up to exemplify their historic presence.

God’s own country has the giant key-hole shaped Bekal Fort backed up by the lustrous backwaters. Anjuthengu established in 1684 as the leisure grounds of Englishmen, Indian mythology decorated walls and royal possessions stuffed Dutch Palace of Kochi, the famous Thalaserry Fort with its clandestine chambers and doors, other palaces of historical importance, and Jewish or Paradesi Synagogue in Ernakulam lure backpackers, historians, and architectural enthusiasts.

Traveling to the past fort of the Mughals, Hyderabad, tourists can consume the culturally beloved Charminar, acoustic wonders of Golconda Fort, the grandeur of Falaknuma Palace, European architecture devoured mosaics of the Purani Haveli, and buried Paigah Tombs carrying the nobility of the Nizams.

If you have painted in the monumental glory of these states, you can experience the poignant-free provinces of Pondicherry. Starting from the monolithic pillar surrounding the Gandhi Statue, Dupleix statue, the reminiscent French War Memorial, the unified Auroville or “City of Dawn”, and the French-engineered Lighthouse in Pondicherry attract a huge number of peace-loving crowds.

Often unexplored territories and honeymoon destinations like Lakswadeep and Andaman are unaddressed when it comes to monuments. Remember! A place without a historic shade in and around the Indian peninsula is rare. 1885 built, 300 feet Southside Lighthouse guarantees a blissful sight of coconut tree boulevard beaches while the remorse and disturbing pasts of the Cellular Jail in Port Blair is a National Memorial now. An array of freedom fighter’s photos and the Nethaji Gallery here still have the scent of the Indian Independence.

The monuments of South-India are not just memories of the past but also unavoidable chapters of countless human emotions. You might start with the “Golden Triangle” but the monuments of South India have life lessons buried deep inside these colossal structures.

Get in touch with your customized travel panacea, with Indian Panorama, to explore India like never before!