The science behind the cosmic dance of Lord Shiva Nataraja 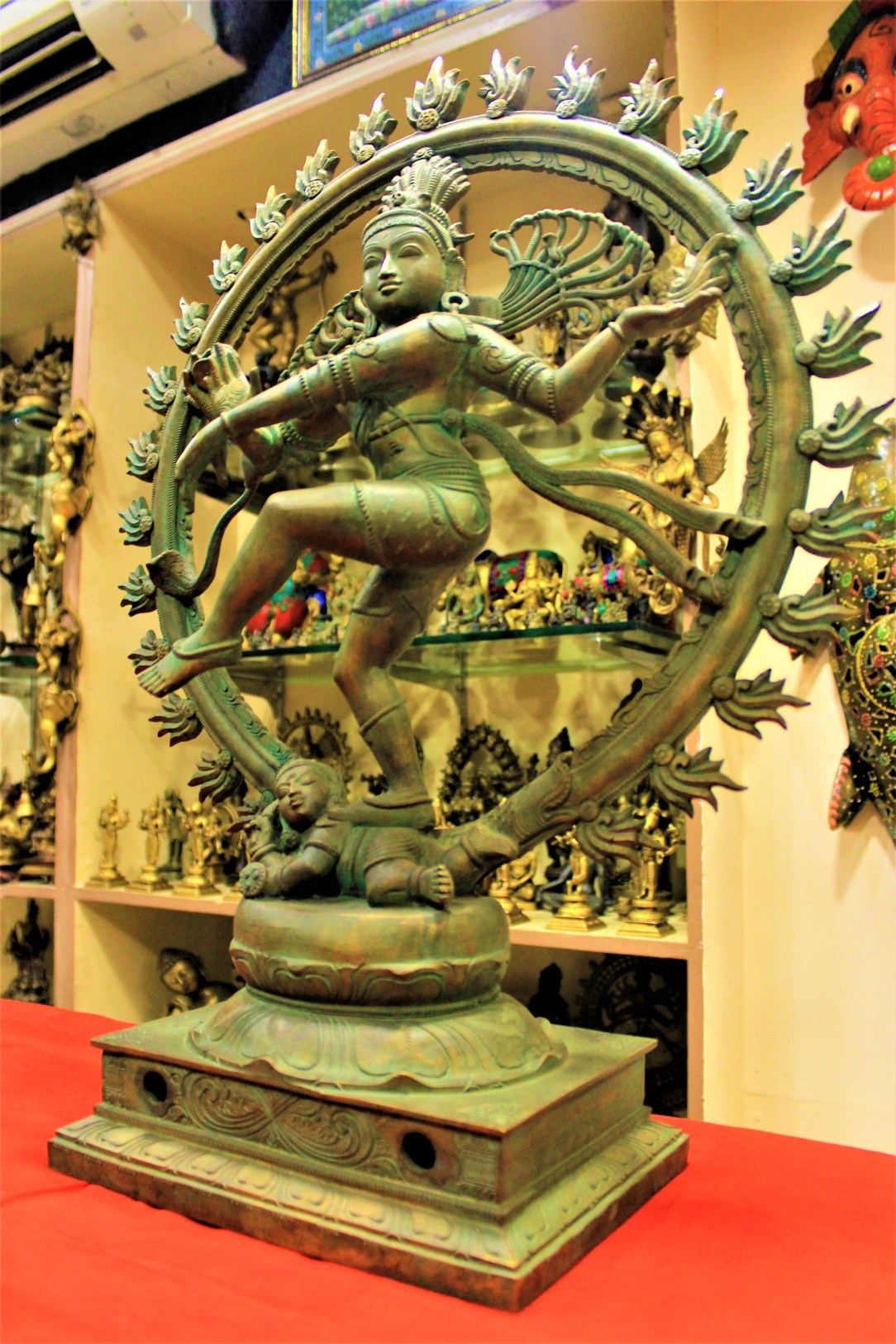 Despite being a Hindu, I am never religious. I believe spirituality, religion and science are all related. Hinduism was never meant to be a religion, it is a science, a way of living. I follow all religions, but I take only the things that make sense to me. Let it be Jesus, Allah, Buddha or Krishna, I see to it how these figures influenced humanity. I try to perceive the world how they did. However, Shiva always keeps on surprising me especially the dancing Shiva Nataraja. Lord Shiva holds a place deep in myself. Maybe it is because I have been hearing his legendary stories since my childhood days. My grandmother used to narrate stories from Shiva Purana as bedtime stories. Unlike other kids who cheered comic book heroes and athletes, my superhero was the mythical yet mystical Lord Shiva. 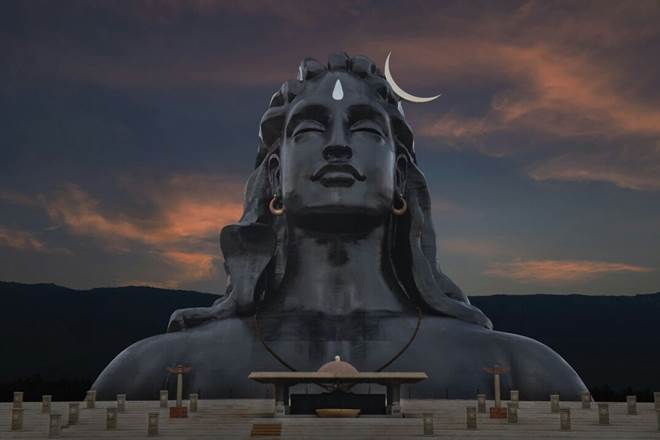 Lately, as I was running my eyes through a science blog and I stumbled upon an article on CERN, the world famous nuclear research centre in Switzerland. What made me stop at this particular article is the image, in which a big Shiva Nataraja statue stand firm in front of the CERN building. I was amazed by the same fact that how come an Indian god is related to science. I read the rest of the article. I came to know it was gifted by the Indian government as a goodwill gesture signifying a healthy relationship between them and the CERN and with all respect they display it right in front of the CERN building. I hope you might be knowing the ongoing research done at the CERN on Anti-Matter. Let me explain and if you are into science you would love it.

The universe consists of matter, we all are matter. Anti-matter is that which cancels out with the matter. It is based on this particular concept that the CERN has made a particle collider within their underground premises and are experimenting on colliding the subatomic particles at high speed to make antimatter. It is a huge revolutionary project which involves a lot of risks. In case anything went wrong and the antimatter produced comes in touch with the matter, ie. our world, then the whole planet would burst out in a matter of few days. However, it is nothing to worry about, as the CERN has ensured every protective measure to conceal the Anti-matter if produced and see to it that it never get in touch with our planet which is all composed of matter. 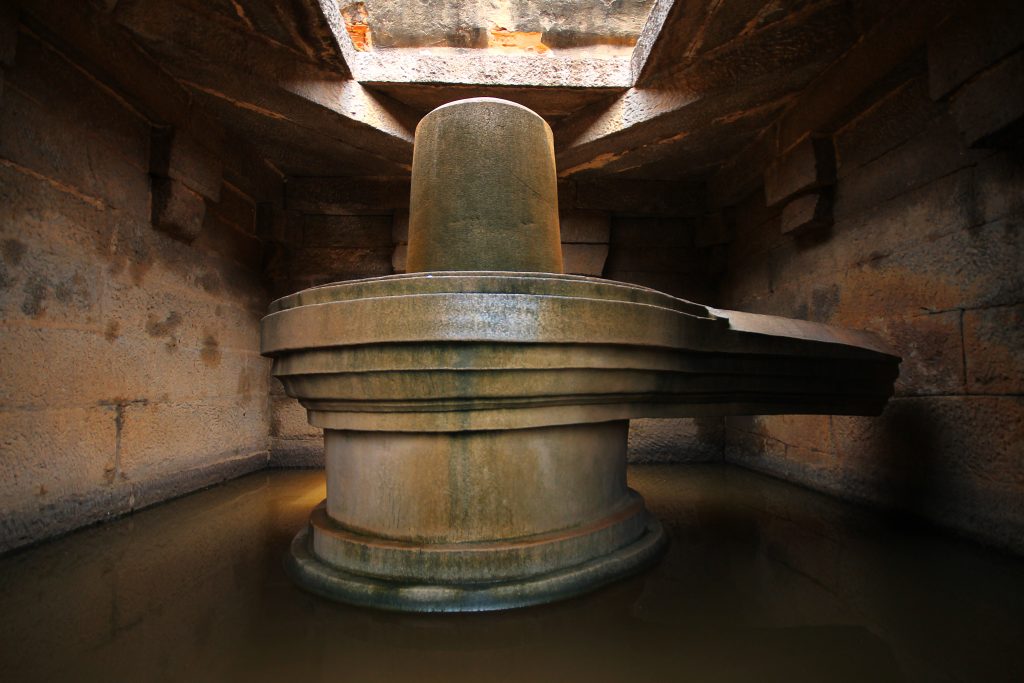 A Shiva Linga at Hampi, India

Now coming to the point, what fascinates me is that the Indian Vedic scriptures hold information about the whole universe which the modern science is still immature to find out. The greatest minds of the 20th century from all over the world such as Nikola Tesla, Bohr, Heisenberg and Carl Sagan did admit the fact that most of their findings or works are based on the Vedic texts in India. The findings in those texts are far more advanced than modern science. For instance, consider the image of the dancing Shiva Nataraja. Shiva Nataraja is Lord Shiva in his Nataraja avatar, the cosmic dancer who with his dancing feet creates and then destroys the world for the next phase to begin. The cosmic dance or the Nataraja Nritham of Lord Shiva Nataraja purely is related to the Anti-matter research done at CERN. It has the creative and destructive power. All his various dance postures symbolise the creation, preservation and destruction of the universe.

Thousands of years before the Nataraja Shiva was portrayed as the cosmic dancer and everything CERN and our modern science are trying to figure out about the Subatomic particles and Antimatter can be studied in this very rhythmic, ecstatic cosmic dance of Shiva. It is his dance of bliss and out of it, the matter is formed.

Fritjof Capra, a physicist, rightly said in his book “The Tao of Physics”-

“For the modern physicists, then, Shiva’s dance is the dance of subatomic matter.”

The figure of Nataraja is enclosed in a ring of fire which represents the continuous creation and destruction of the universe. The mass, space and time are enclosed within this cosmic ring of fire.  On his upper right hand, he held the Damru [his favourite instrument in the shape of hourglass]. It represents creation and time. However, his lower right hand is lifted up in Abhaya Mudra, which is his message to all, whoever follows the path of truth and righteousness will be blessed. His upper left-hand holds fire, the symbol of destruction. His lower left hand is raised near his chest with his palms facing down. It symbolises the mastery of meditation and attained enlightenment. His right leg is placed on a demon named Apasmara, which signifies the end of ignorance. 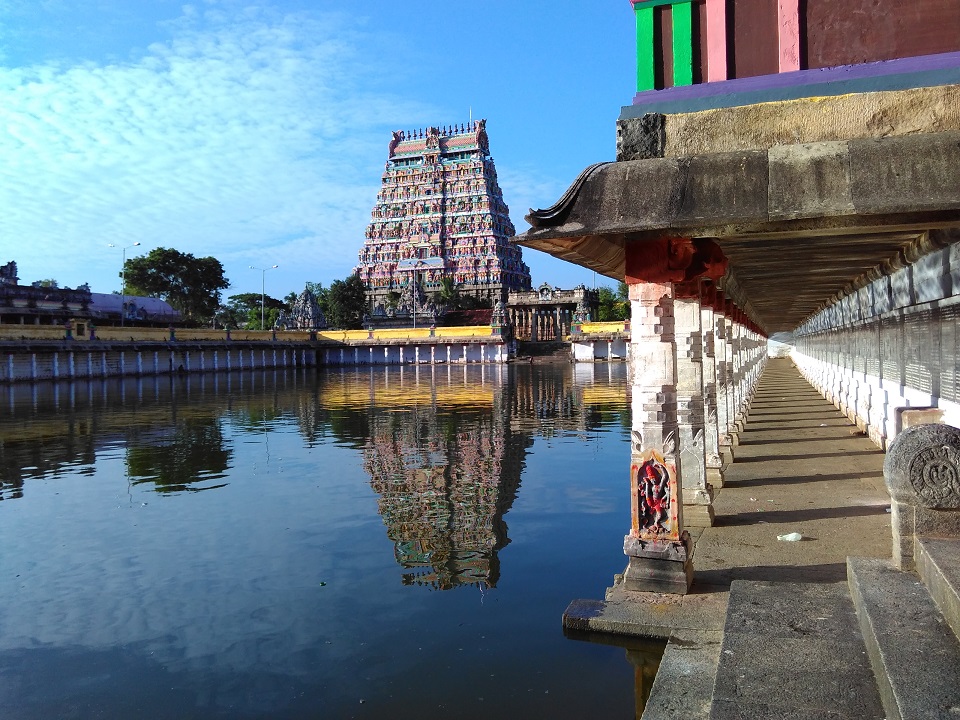 Being restless and amazed by the science behind the Lord Nataraja, I made a visit to the Thillai Nataraja Temple at Chidambaram, Tamil Nadu where Lord Nataraja is worshipped and is one among the “Pancha Bhootha Sthalam” or the five sacred Shiva temples representing the five elements of life. Pancha Bhoothams comprises of Air, Water, Sky, Fire and Earth. This particular temple at Chidambaram stands for Sky or Sky consciousness. The rest of the Pancha Bhootha temples are-

If you are a science lover and a spiritual seeker I highly recommend you a visit to the Thillai Nataraja Temple at Chidambaram when you happen to visit India. You will get to know more about the universe and most importantly YOURSELF.