The “Not so popular yet spectacular” Pundarikaksha Temple, Trichy 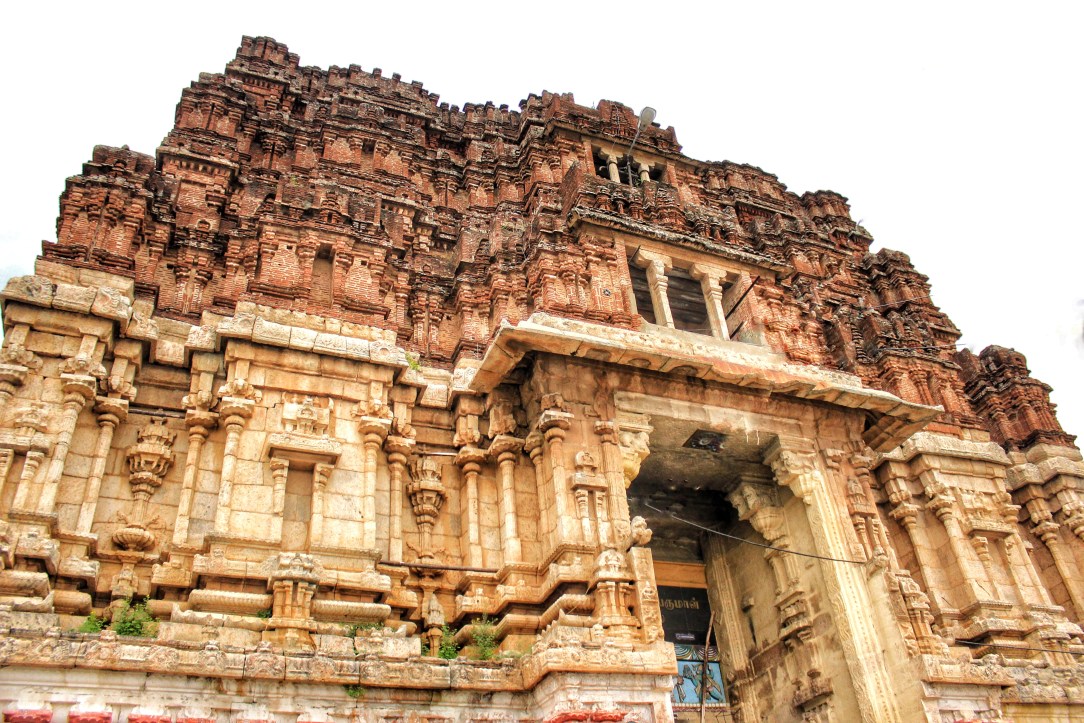 Yet another addition to the “Not so popular, yet spectacular” edition, the Pundarikaksha Temple is not known to many, however, it is guaranteed to excite every traveller. It is exactly 27 km from the city of Trichy in a remote village known as Thruvallarai. As per the Hindu mythology, the temple was consecrated 15 lakh years ago in Treta Yuga by King Sibi of Ayodhya. From the inscriptions on the temple, history says it has been constructed by the Pallavas nearly 1500 years ago. Later on, the Cholas, Pandyas and the Vijayanagara rulers also had later additions made to the temple architecture. It is one among the 108 Divya Desams of the Lord Vishnu in India.

The Rising of Athi Varadhar – A Grand Celebration Once in FORTY Years!

The temple is another Dravidian architectural marvel and is older than the mighty Sri Ranganatha Swamy Temple. Tucked away in the outskirts of Trichy city at Thiruvallarai, the temple is surrounded by a ginormous granite wall. Within the premises, there are 2 rock-cut cave temples along with the main structure which adds more reasons to visit this temple. The Rajagopuram or the major entranceway is still unfinished, yet the elegance and intricate carvings are worth admiring.  The Swastika shape pond inside the temple premises is another inspiring aspect of this temple.

Trichy – All you need to know

The temple has been mentioned in various Sanskrit texts. To reach the temple, one needs to climb 18 steps which represent 18 chapters of the famous Hindu text Bhagavad Gita and another last 4 steps represent the 4 Vedas. The intricate sculptures of the temple imply ancient practices of Krishna worship. Another significance of this temple is the famous advocate of Vishishtadvaitha philosophy Ramanuja visited this temple and his sandals are still kept intact within the temple. 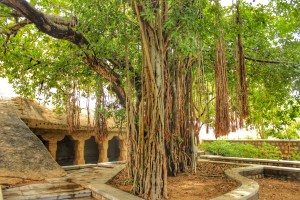 I also came to know an interesting legend about this temple. It goes like once the King Sibi Chakravarthy and his war soldiers reached Thiruvallarai. Suddenly a white boar passed them and the king followed it. Soon it disappeared and went into a hole. Somewhere near a sage, Markendaya was doing Tapas [meditation] and when he came to know about the King’s experience, he told the King that he was fortunate and blessed that he had a glimpse of the white boar and it is none other than Lord Vishnu. Sage Markendaya asked the king to do Abhishekam with milk and pour milk into the hole. He also asked to build a temple for Lord Vishnu. For the construction 3700 Vaishnavites was brought from North India, and out of those, 1 died which really worried Sibi Chakravarthi. Pleased by his devotion Lord Vishnu himself took the avatar of Pundarikaksha and said to the King, he would be the 3700th worker and built the temple.

3 responses to “The “Not so popular yet spectacular” Pundarikaksha Temple, Trichy”