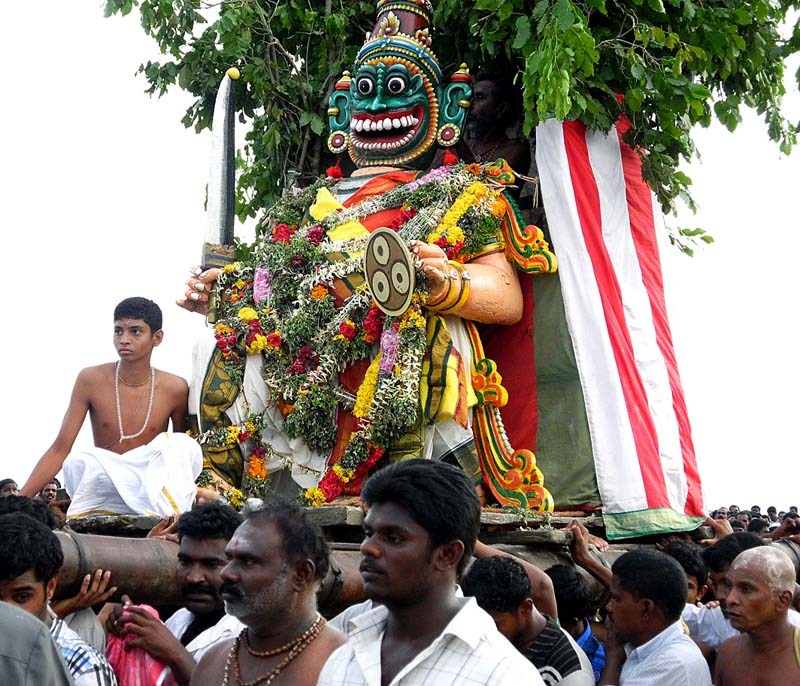 The six-day Skanda Sashti festival ends today. It celebrated during the Aippassi month [October- November] at Siva and Muruga temples all over Tamilnadu. Let us zoom in and have a closer look at the legend of Skanda, the 2nd son of the mighty Lord Shiva. As per the legend, once the Dev Lok [heaven] was attacked by a demon army lead by Surapadman. The demon army destroyed the Dev Lok and tortured the Devas [gods]. Lord Indra, the King of Devas approached Lord Brahma for help. Lord Brahma informed Indra about the boon Surapadman received from Lord Shiva, that he can only be killed by a son of Lord Shiva. Since Lord Shiva was in deep meditative state and none had the courage to awake him, Brahma advised Lord Indra to seek help from Goddess Parvathy, the consort of Lord Shiva.

Goddess Parvathy considering the urgency of the situation at Dev Lok agreed to do penance to bring Lord Shiva back to material earthly life. Lord Kama, the Lord of Love helped Goddess Parvathy and shot an arrow of love on Shiva. Being disturbed from his deep meditative state, fire raged out of Shiva’s third eye and burned Lord Kama into ashes, however, a seed of his love fell onto the River Ganges or Goddess Ganga as per Hinduism. Ganga parted the seed into six and threw it to the jungle of Sara Vana. Six boy babies born out of these six seeds and was raised by six mothers. When the time came, Goddess Parvathy with her divine powers combined all six babies onto one. Thus Skanda or the Arumugha [Lord of six faces] was born.

Being born from the fiery seed of Lord Shiva, Skanda was all-powerful and skilful in all aspects of warfare. He proclaimed himself the general of the Deva army and declared war against the demon army of Surapadman. Goddess Parvathy or Shakthi handed the “Vel”, a divine weapon of immense power, to Skanda. The war went on for six days. He leads the army to completely annihilate the Surapadman army and at last, on the sixth day,  Skanda killed Surapadman with the Vel. This chapter in the Skanda Puranam is known as the “Soorasamharam”. This day is marked as the victory of “Good” over “Evil”. Therefore the sixth day of the Skanda Sashti festival is celebrated in a grand style.

Devotees observe fasting and sing hymns praising the bravery of Lord Skanda on these days. People also pierce long needles through their cheeks, tongue or even lips as a form of penance, seeking blessings from Lord Skanda. It is said they get into a trance state which aids them not feel the pain when pierced. 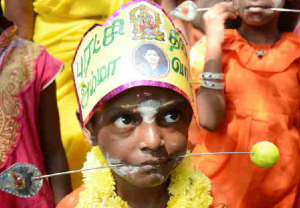