The legend behind the Onam festival in Kerala 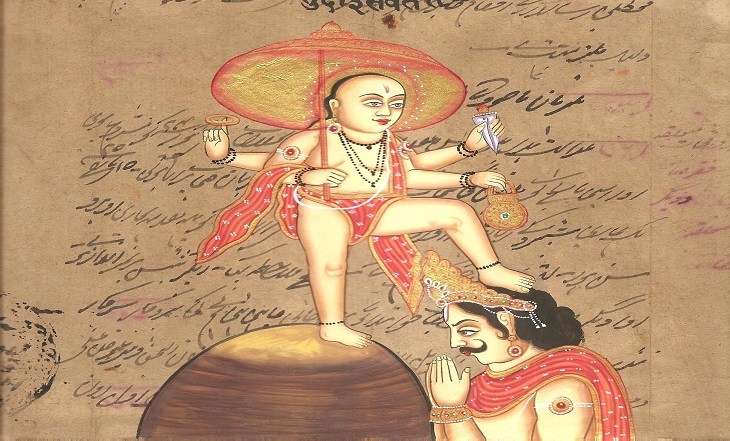 The “God’s own country”, seems to me a perfect label for the evergreen state of Kerala. It is a land of high spirits. If you are aware about the vibrant festivities in India, you probably might have heard about the Onam Festival in Kerala. Numerous festivals are celebrated in Kerala, yet Onam is of prime importance all over the state and is celebrated by every Keralite regardless of their respective religion or sect. From the rhythmic pomp of the Chendas [a percussion instrument found in Kerala], the jazzy Athapookalams [Floral carpet] and the age old folk songs to the sumptuous Kerala Sadya [Vegetarian lunch with more than 25 dishes] there is nothing you could ask for more. The world-renowned Nehru trophy snake boat race is conducted during the same time. Millions flock to the banks of Punnamada Lake to witness the snake boats racing through the Shimmering waters of the Alleppey backwaters.

Onam is basically a harvest festival which is celebrated in the “Chingam” masam [August-September] as per the Malayalam Calendar. There is a fascinaating tale behind this classy festival. It is about a famous King Mahabali who ruled over Kerala. A ferocious, strong yet generous king who was equally loved and respected by all his Prajas [citizens]. He was gifted a boon by Lord Brahma, the creator himself, therefore the he was invincible, even feared by the Devas [Gods]. Mahabali defeated Indra, the king of Devas and got hold of the heaven as well. Thus he became the undisputed king of the Triloka [3worlds]. Since he belonged to the Asura [Demon] clan, the Devas got jealous of his supremacy over the mankind and the whole 3 worlds. They sought help from Lord Vishnu. Mahabali was an ardent devotee of Lord Vishnu.

On request by the Devas, Lord Vishnu disguised as Vamana [a dwarf Brahmin] and made a visit to Mahabali. He asked Mahabali for a piece of land for himself. Mahabali who was renowned for his generosity accepted his request. Vamana put forward a condition that Mahabali would have to grant him the area he covers with his feet in 3 steps. Mahabali wondered why he asked for a small piece of land when he could have asked for the whole kingdom. He accepted Vamana’s condition. Shukracharya, who was the advisor of Mahabali sensed something wrong and asked Mahabali to rethink his words given to Vamana. However Mahabali was a proud king and did not care about his advisor’s wrords. In moments, the Vamana started expanding beyond skies and Mahabali understood that Vamana was no human. The dwarf Vamana set his feet on Earth first, and by the second he covered the wholes sky. With no place to set his foot the 3rd time, Mahabali asked bowed down and asked him place his feet on his head. Vamana thus sent Mahabali to Pathal Loka [underworld]. Pleased by Mahabali’s devotion, Lord Vishnu grant him a visit to Kerala every year during the harvest festival when he could see his kingdom and his people. This occasion is celebrated as Onam.

When you plan a visit to Kerala, I would recommend you visit during the Onam festival. To be a part of this colourful and joyous festival is a chance to experience Kerala at her best. Just go for it.