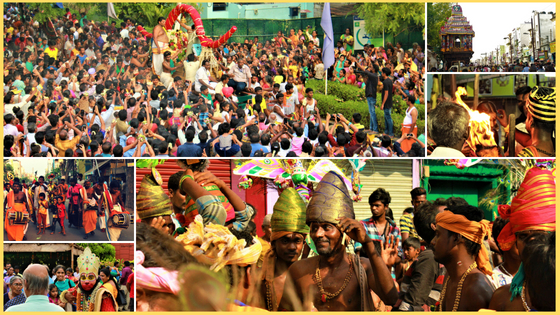 Tamilnadu in India has earned itself a name as the land of festivals and the city of Madurai can be called as its headquarters. Tamil festivals are popular for its raw energy, its vibrant colors, music, dance and of course the exquisite Tamil food. The Chithirai Festival in Madurai is one of the largest and longest gatherings which is even compared to the Kumbhamela of the North, the grandest religious gathering in the whole world. More than a million people from all over the country and abroad fly to Madurai to take part in this festival, enjoy and offer their prayers to the Lord Alagar, Lord Sundareeswarar and Goddess Meenakshi. 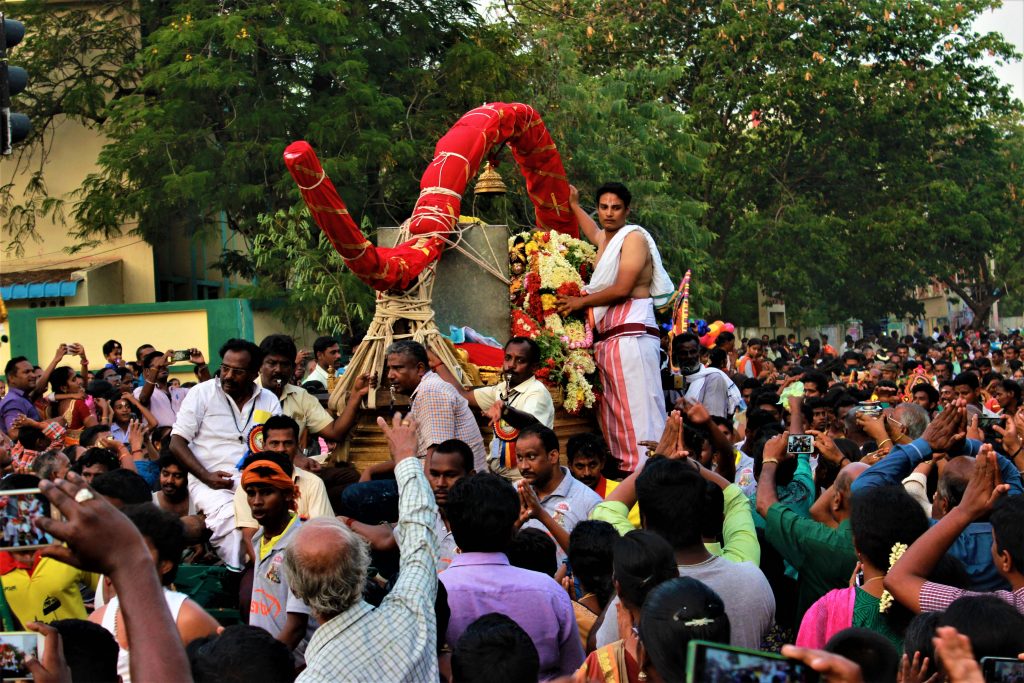 First, let me tell you why it is celebrated? It was actually celebrated as Alagar Festival in Alagar Kovil at Sholavadan. It is a small village 20 km away from Madurai while the Meenakshi Festival was celebrated in Madurai. Also unlike the Chithirai Festival at Madurai, the Meenakshi Festival was celebrated during the month of Masi rather than the month of Chithirai. During the same period, a dispute broke out between the Vaishnavas [Lord Vishnu followers] and Shaivites [Lord Shiva followers] over whose lord is the supreme. It was then the Nayakars who ruled Madurai from 15th century till 18th century came up with an idea of celebrating the two festivals on the same day to settle the dispute and unite the Vaishnavas and Shaivites. Since then the Chithirai Festival is celebrated in a grand fashion at Madurai. Now the festival is celebrated every year on the Tamil month of Chithirai which falls in April.

Let us go through the interesting legend behind the Tirukalyanam or the holy wedding of Goddess Meenakshi and Lord Sundareeswarar [Shiva]. It so happened that the Madurai King Malayadhwaja and Kanchanamala, his wife, were not able to give birth to a child. He then conducted various Vedic Yagams in order to please the gods and bless them with a child who would be their heir to the throne. To their surprise, a baby girl with three breasts emerged from the fire. The king was depressed that he wasn’t blessed with a son and then they heard the voice of Lord Shiva. Shiva asks them to name her Thadathangai and bring her up as a boy. Shiva also told them that once she meets her match [Husband], her third breast would naturally be absorbed back into her body.

The king as per Lord Shiva’s instruction treated Thadathangai as his son and taught her all aspects of war and weaponry. The girl grew to be a fearsome warrior and declared war against the whole world. She conquered every kingdom until she reached Kailas, the abode of Lord Shiva. The moment her eyes fell upon Lord Shiva, her third breast vanished. She found her better half. She fell in love. Lord Shiva asked Meenakshi [Thadathangai] to go back to her kingdom and promised her he would come to Madurai for the marriage after eight days. He kept his word and the wedding was celebrated in a grand fashion at Madurai. Lord Alagar [God Vishnu] himself gives Meenakshi to Lord Shiva. 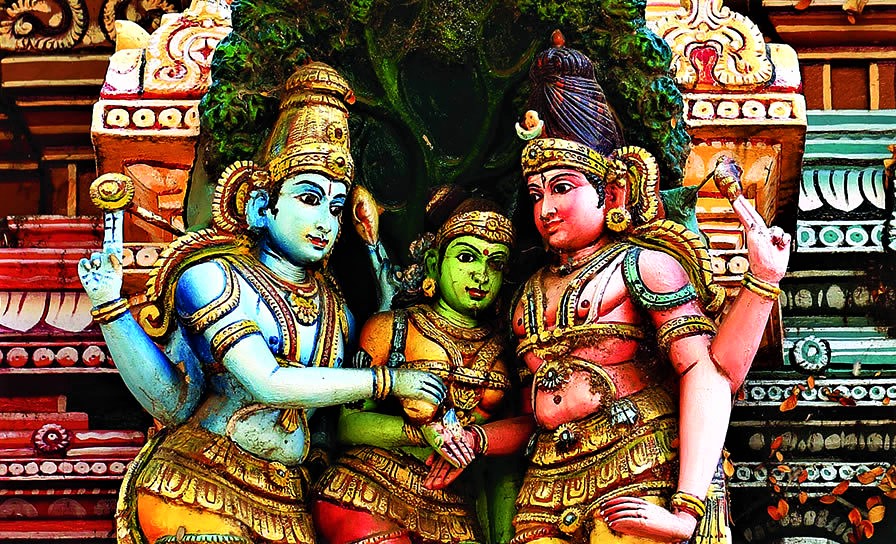 The Chithirai Festival at Madurai thus re-enacts the marriage of Lord Sundareeswarar [Shiva] and Goddess Meenakshi [Shakthi]. This is the time when the whole city of Madurai gets into a festive mood. The first 15 days of the festival is dedicated to Goddess Meenakshi and the later 15 days to the Lord Alagar. The major events during the festival are as below-

>> Yetram– This is the flag hoisting ceremony done by the Chief Priest of the Madurai Meenakshi Temple. It marks the commencement of the month-long festival, the Chithirai Festival of Madurai.

>> Pattabishekam– This is the crowning ceremony of the Goddess Meenakshi as the queen of Madurai.

>> Dikvijayam– Goddess Meenakshi declared war and set off her quest to conquer the world. While she reached Kailasam on the Himalayas after successfully conquering every realm, she met Shiva and immediately fell in love with him. She realised Shiva is her better half.

>> Ther Thiruvizha- The occasion when the King Sundareeswara and Queen Meenakshi are carried on a royal chariot to meet their citizens.

>>Etir Sevai- This marks the visit of Lord Alagar to the Madurai City and the whole city of Madurai welcome him.

>>Alagar Vaigai Elenthuarulal- Lord Alagar gets late for the holy wedding but presents his gifts to the couple and leaves Madurai. 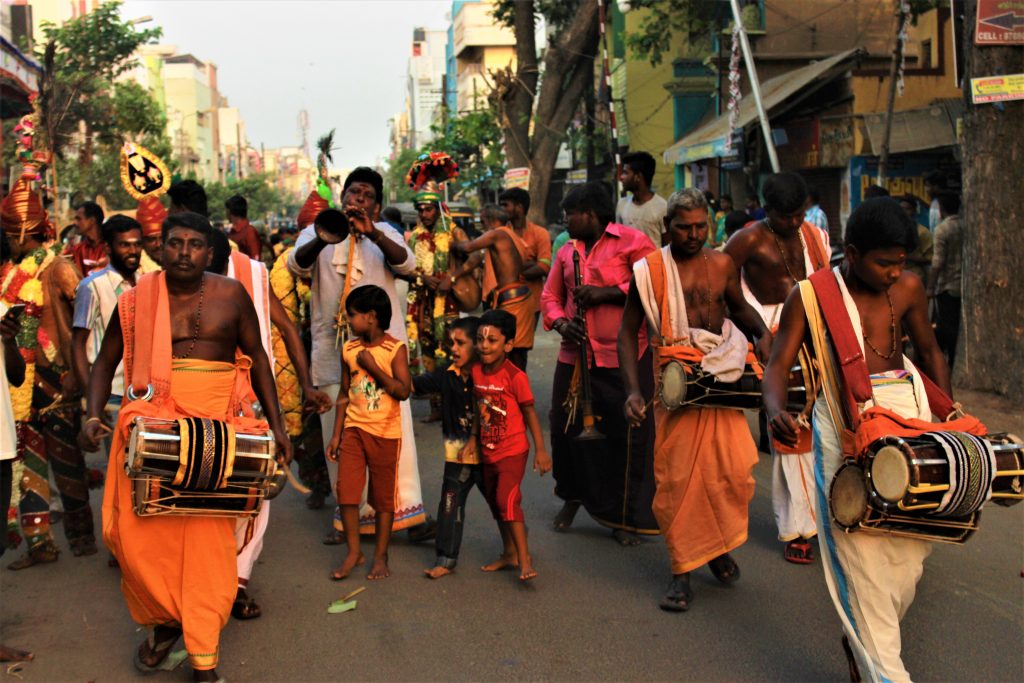 Devotees observe a 1 month fast preparing themselves to offer prayers to the Gods. The festival sees people arriving on Bullock Carts which is their tradition and has been followed for hundreds of years. They then proceed to the temple accompanied by Thakil Melam [percussion] and other traditional Tamil musical instruments. People stay awake every night and enjoy the moment. They sing they dance, they completely forget themselves and celebrate. The Chithirai Festival in Madurai justifies the title Madurai acquired – “The city that never sleeps”. Sleepless nights, music, dance, pomp and splendor, you are in for a treat here at Madurai. 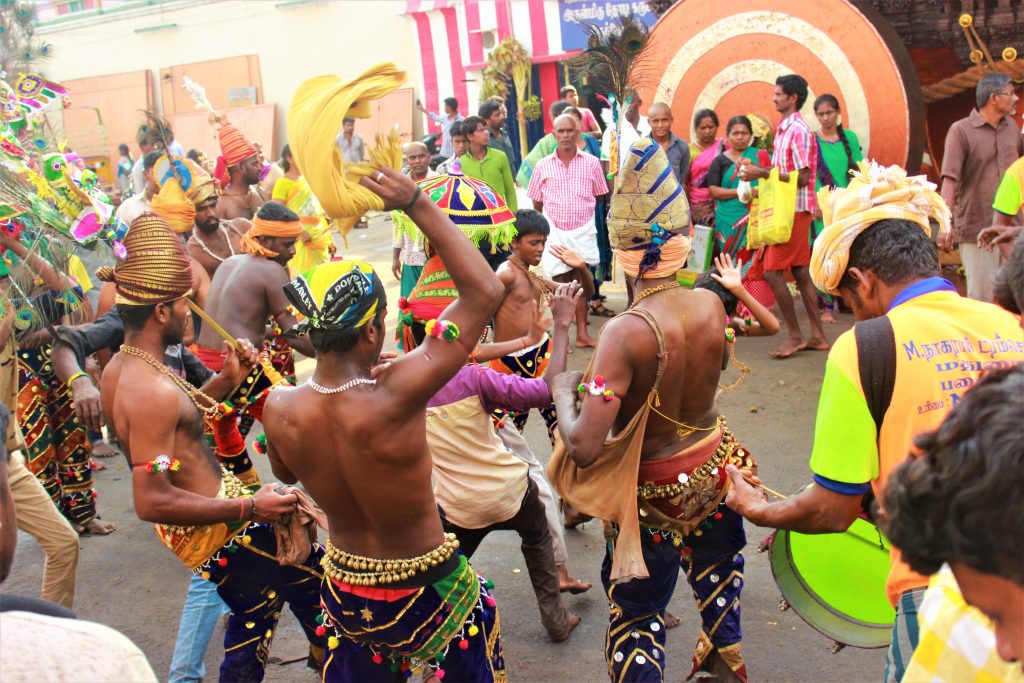 This is the time when people are not separated by caste, creed or sex. There is no one rich and no one poor. This is the why the Madurai Chithirai Festival is never regarded as a religious gathering, rather it is an auspicious occasion when everybody unite and take pleasure in celebrating the marriage of their Lord Sundareeswarar and Goddess Meenakshi. It spreads a message of love and peace and moreover it signifies communal harmony in India.

If you have any plans for a visit to Madurai, it is highly recommended you make it during the Chithirai Festival. You would be thoroughly entertained every single moment of it.