BUDDHA PURNIMA 2019 – The Most Significant Festival for Buddhists 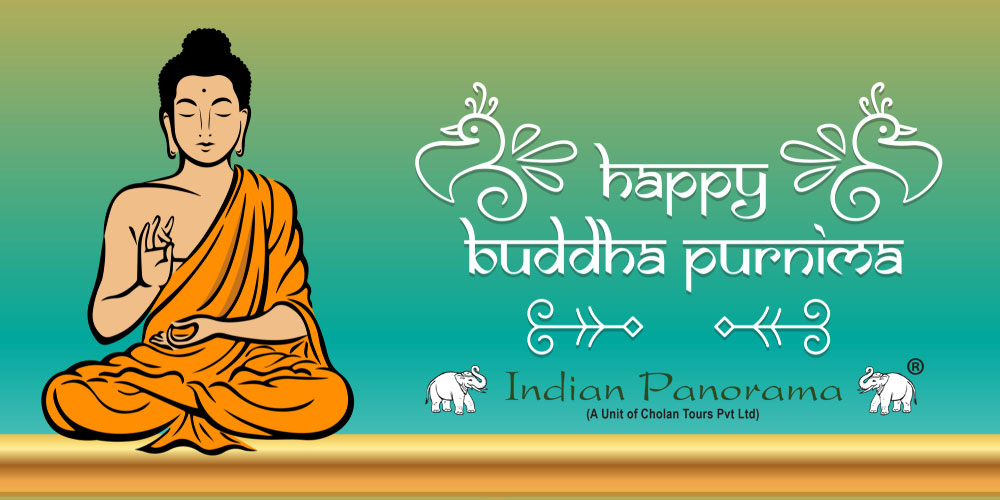 Buddhism is one of the key religions of the world that teaches beautiful way of spiritual developments, meditation and philosophy. The era of Buddhism came to pass from Magadha region and spread across the world by the followers of Buddha. Siddharth Gautam was the founder of this spiritual conviction and he along with his followers established so many Buddhist Monasteries in India. The main goal of Buddhism is to get away from agony and the cycles of reincarnation and the attainment of nirvana. There are around 250 to 500 million of Buddhists in all over the world. Several Buddhist temples and other religious sites related to Buddhism are situated at the diverse corners of the country. Explore the most popular Buddhist temples in India through this article. If you are planning a holiday trip in India and have faith in Buddhism, don’t forget to come across these religious Buddhist sites.

Indian Panorama will help you to plan your customized holiday trip to India to explore these kind of sacred places with lots of interesting & historical tourist places!

The day celebrated by Buddhists all over the world is the birthday of Lord Buddha, also known as Buddha Jeyanthi or Buddha Purnima or Vesak. Lord Buddha was born as the prince of Kapilavasthu and was named as Siddhartha by his parents. It is surprising to know from the history that, when he was born, it was predicted that either he would become a great ruler or would get transformed into a great ascetic. After knowing about this, it was quite natural for the King and Queen to hide his son inside the four walls and grew him in a more secure way, without letting him know about the reality of the world outside.

But, on his 29th birthday, Prince Siddhartha stepped out of his palace.  By that time he was married to Yashodha and was blessed to have a male child also. The night he came out of his palace threw him open to the doors of this real world with all its pain, grief and sorrow. This was the first time when Prince Siddhartha happened to see the people around him suffering from illnesses and death. The moment he decided to dessert his luxurious life, palace, power and even his family and started searching for the solutions of this madly human life with full of sufferings.

He left his young wife and the small child and sat into meditation for days together inside the dense forest. The day on which he was enlightened with the truth and spirituality, is called as Buddha Purnima. Since this is the day when the prince Siddhartha got himself transformed into a completely divine state arriving at the solution for the salvation of this mankind. The day of Buddha Purnima is considered to be highly auspicious and celebrated across all countries of South East Asia.

Prince Siddhartha transformed himself into Lord Gautama Buddha. While he was sitting under the Bodh Tree, he got the enlightenment and so the Bodh tree is considered to be very sacred. The word “Buddha” means awakened being or enlightened being. In all his preaching, Lord Buddha has reinstated that “the human life is transient in nature and nothing is permanent and eternal. So, if we keep on delivering our duties without binding ourselves with the materialistic things, we can lead a peaceful and happy life leading to the attainment of salvation”.

Buddha Purnima is celebrated both by Buddhists and Hindus most notably across all the South East Asian countries.Out of all the places, Bodh Gaya in North India is considered to be most sacred, where the ancient Bodh Tree is worshipped by the Buddhists and Hindus.

Well ahead of the Buddha Purnima celebrations, Bodh Gaya wears a festive look with the arrival of Buddhists, travellers and followers of Lord Buddha to witness and take part in the Festival. Some of the major events organized on this day are Bohidroom Mela, Sutrasraban, and Panchasheel. In general, people looking for peace and serenity, visit Bodh Gaya to seek the spiritual blessings of Lord Buddha.

The statues of Lord Buddha in the temples are worshipped by the devotees with fruits , incense and candles. Lot of philanthropic activities are carried out on this day as a gesture of showing our love and affection to the friends, families and even to unknown people. This is a way of following the principles of Buddhism that nothing is permanent and we have to lead a contented life helping others to develop harmony in the society.

Buddhists regard Lumbini as it is the birthplace of Lord Buddha. Buddha Purnima is also special for the Buddhists as it is the day of Buddha’s enlightenment and also the day he breathed last at the age of 80. Buddha Purnima falls on the full moon day of the Tamil month Vaikasi. The sacred centres are decorated with flowers and you can see the devotees praying in silence. Prayer meetings. Sermens and Religious Discourses are conducted. Especially, a large fair is arranged in Sarnath of Uttar Pradesh. The relics of Buddha are taken out on public procession. The mortal remains like the bones and ashes of Lord Buddha are taken out for public viewing and worshiping.

In some of the temples, a statue of a baby is placed on a tub of water and kept for worshipping. People pour water additionally in the tub to mark the new beginning of every good deed. The other Buddha statues in the temples are decorated with fruits, incenses and flowers and people offer the same for worshipping.

Other than the monks, most of the devotees wear white dress and as for as the food is concerned, non-vegetarian food is normally avoided. Kheer and a sweet porridge are the main dishes on the day of Buddha Purnima.

The epicentre of this Buddha Purnima festival is to insist again on the fact that life is full of uncertainties. Love and care are to be spread among all the creatures invariably. With these concepts preached by Lord Buddha, the festival is celebrated everywhere and this year, it falls on 18th May, 2019.

Plan to visit any of the Buddhist sacred centres and be a part of the Buddha Purnima celebrations in this year with INDIAN PANORAMA !

Book your Spiritual tours with us and leave rest to us. Pack your bags and start exploring Incredible India.