Add these five Indian festivals during December, to your Travel Bucket! 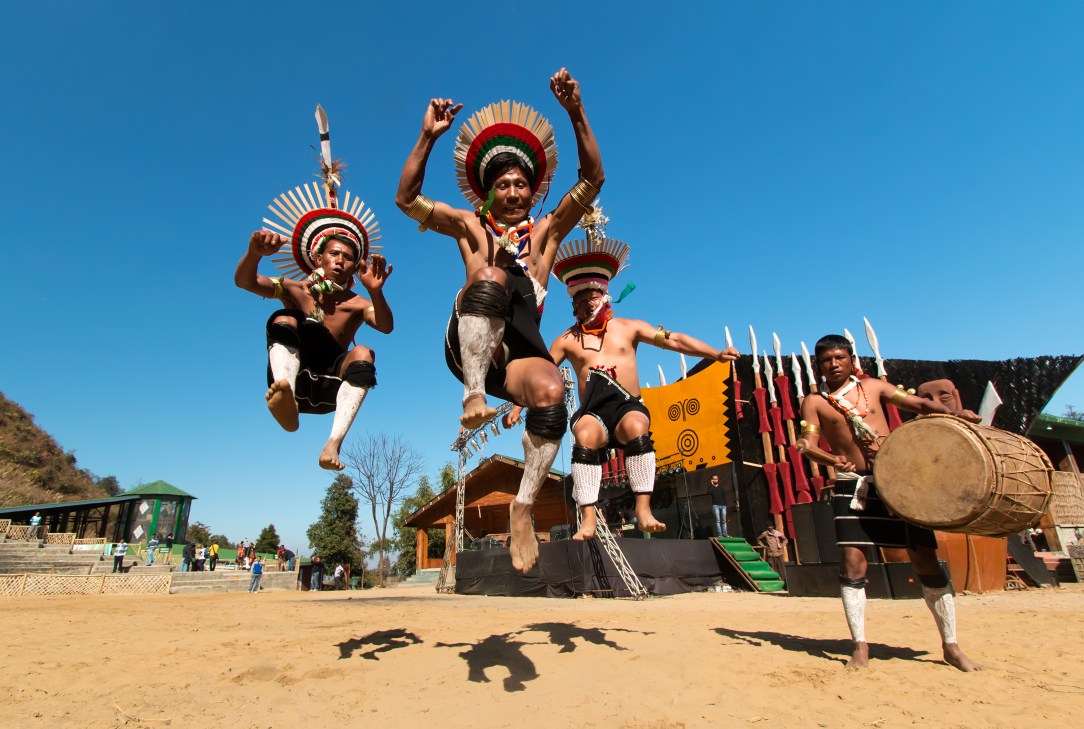 Head to India this December and be part of the various vibrant Indian festivals to experience its rich culture, heritage, art and much more.

Visit the Perumthitta Tharavad Kottamkuzhy in Kerala to experience the energy of Theyyam, a ritualistic dance form indigenous to Kerala. The 10 day Theyyam Festival will be held from December 06- 15, 2017. Various styles of Theyyam namely Chamundi Theyyam, Panchoorla Theyyam, Elayoor Theyyam, Muthoor Theyyam will be performed.

This particular festival is celebrated on December 6 every year to commemorate the birthday of a famous Tibetan Buddhist teacher, Je Tsongkhapa. He founded the Gelug School of Tibetan Buddhism. The Galdan Namchot Festival marks the New Year Festival in Ladakh as well. During this period all the monasteries and buildings around Ladakh is lit up creating a festive ambience all around. Various traditional dishes are prepared and people dine together with their families and loved ones. A visit to Ladakh during this festival and being a part of it is a great experience.

Special Note: It is to be noted that after the month of September the weather at Ladakh gets very harsh and for the same reason, considering the safety of travellers, the roads might be closed. Please check with your Tour Operator while you plan.

The Hornbill Festival is famous all around the world and is attended by people around the world. It is celebrated to preserve the rich cultural heritage of Nagaland people who were fierce warriors in the past. It is a great chance to experience the Naga culture, taste their exquisite cuisine and vibrant art forms. Previously a 7 day festival conducted from December 1st to 7th, it is now extended to a 10 day festival considering its international fame and rising attendance.

A chance to listen to the Baul Music and witness the local Bengali dancers in action, the Poush Mela showcase the very essence of the Bengali culture. Held at Shantinikethan from December 23 to26, 2017 it was initiated by the Tagore family. Join millions of spectators this December and be part of this grand spectacle.

The Winter Festival of Rajasthan is held during December 29- 31 at the Mount Abu, the only hill station in the state. This is one of the widely popular Indian festivals in the world. Various artists showcase their pieces of art and it is a great chance for one to take pleasure in listening to Rajasthani folk songs while witnessing the spectacular dance moves of Kalbelia, Ghoomar and Gair. Apart from art forms the event also engages people in exciting sporting activities such as kite- flying, cricket, Gilli-danda and more. Enjoy the mouth drooling Rajasthani food and shop some exclusive pieces of art you would find nowhere else.