A pocket guide to Agra: 5 must visit spots 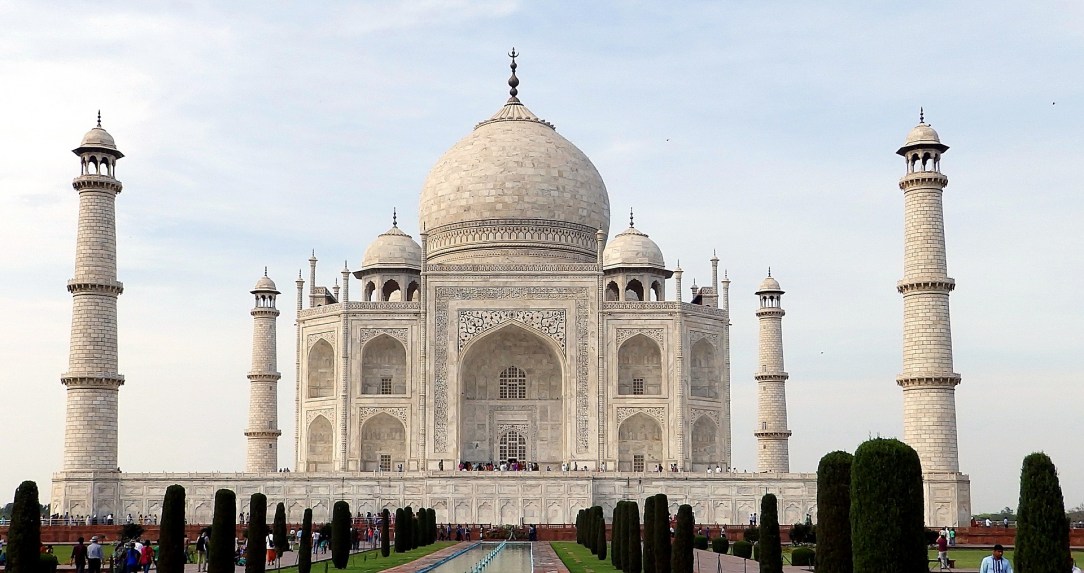 Agra suits everyone, whether it is a family, a group of travel crazy friends or a newly married couple. One among the corner points of the famous Golden Triangle, Agra is a city of pure charm and love. It is located on the banks of the river Yamuna in Uttar Pradesh. The hypnotizing elegance of the Taj Mahal, one of the wonders of our planet, attracts tourists from all over the world throughout the year. Apart from the Taj Mahal, Agra boasts of some of the other Mughal-era marvels such as the Fatehpur Sikri and the Agra Fort. These three brilliant pieces of architecture, art, commitment and hard work are all UNESCO World Heritage Sites.

While you are at Agra, be sure you taste the Agra special “Agra Peetha”. It is a unique sugary sweet made of Ash Gourd which has a distinct aroma and taste which you will find nowhere else.

Let me pick out the 5 must-visit spots in Agra–

Approximately 40 km away from Agra is this 16th century fortified ghost city Fatehpur Sikhri. This UNESCO world heritage site once served as the capital of the mighty Mughal Empire under Akbar’s rule. Once he consulted a Sufi Saint Salim Chishti while he visited Sikri and the saint prophesied the birth of an heir to the Mughal Throne. Akbar was delighted when the prophecy came true and he built a fortified city at Sikri with royal palaces, courts, a mosque, stages and other necessary buildings. He named it Fatehbad [Fateh means victorious] and made it the new Mughal capital. The whole architecture reflects the Persian architectural style mixed with the Central Asian architecture. Thus Akbar planned the city merging different regional influences and developed it into his own unique style.

Fatehpur Sikri stands on a hilltop 3km long and 1 km wide. The palace city is fortified by a 6 km wall on three sides and the 4th side is bordered by a lake. Some of the notable and striking buildings at the Fatehpur Sikri are the Buland Darwaza, the Jama Masjid, Mariam-uz-Zamani’s Palace, Panch Mahal, Birbal’s House and the Tomb of Salim Chishti.

Likely every traveler has heard of the magnificence of the Taj Mahal. Being one among the “Wonders of the World”, Taj Mahal is believed to be the most beautiful building on the planet Earth. It attracts millions of visitors every year who stand dumbfounded at her impeccable and unmatched beauty. It is a visual treat made with white marble. It was named a world heritage site in 1983 and it still looks at its best in its same pristine condition when it was completed 368 years ago. Taj Mahal is the face of Indian Tourism and a must visit monument for any traveler. The Taj Mahal is a great testament of eternal love and there is a whole lot of it that reflects from this artistic piece of marvel. It was built by Shah Jahan, a Mughal Emperor in memory of his beloved wife Mumtaz Mahal who died giving birth to his 14th child. It was completed in 1648. It took 22 years and 20,000 workers to complete the Taj Mahal.

All the materials required were brought to the site from different parts of the country and central Asia. A group of 1000 elephants was used to transport these goods to the work site. The structure was designed by a then famous Iranian architect Ustad Isa. Shah Jahan’s love for the white marble is clearly evident in the structure of Taj Mahal. A fascinating aspect of Taj Mahal is that it loos pinkish during the morning, white during the evening hours and classy golden when the Moon shines at nightfall. Do remember that it is closed on Fridays.

Another Unesco recognized world heritage site located in Agra, Agra Fort is one of the finest specimens of Mughal architecture. Initially, it was a brick fort known as Badalgarh, which was rebuilt using red sandstone by the famous Mughal Emperor Akbar while he made Agra his capital. It was during the reign of his grandson, the man of the Taj Mahal Shah Jahan that the fort took its current shape. He was a lover of white marble which is evident in his most popular creations the Taj Mahal. He destroyed certain old buildings in the fort and made his own ideas into reality with an extensive use of white marble. Initially, the fort was built as a defensive military structure, but Shah Jahan made it a palace. Later his son locked him up inside the Muasamman Burj caught in his lust for power. It is a marble tower where he eventually died.

The fort fell into the hands of the Marathas followed by the British during the second Anglo-Maratha War in 1803. Some of the major attractions at the Agra Fort to look out for are the Amar Singh Gate, the mighty Moti Masjid, Diwan-I-am, the Gem Mosque, the legendary Peacock Throne, the Anguri Bagh, the Jehangir Palace, the Shish Mahal and much more which makes it a city inside another city.

The great Mughal Emperor Akbar completed the design and construction of his own tomb during his lifetime. He made a beautiful garden around it to add more elegance to the structure. It is located at Sikandra, a town on the outskirts of Agra City. The structure reflects a pyramidal shape with the topmost portion of the tomb constructed by his son, Jahangir. The mausoleum is a five storied building built of red sandstone except the topmost floor is made of white marble. The false tomb is at the top of the structure whereas the tomb containing the original remains is located in the underground basement of the structure. The top most storey which is made up of white marble has a square court is open to the Sky. There is a square platform at the center of the courtyard on which lies the false tomb made of white marble exquisitely carved with beautiful floral designs.

Also known as the Masjid Jahan Numa, the Jama Masjid was built in the mid-17th century by the great Shah Jahan. The architecture is grand and promises to impress any spectator at the first glimpse itself.  Built of red sandstone and marble, it took 5000 workers and 6 years to complete this huge structure. Its marble domes and 135 feet heigh minarets signify the royal Mughal architecture. The mosque has 3 towers facing East, North, and South of which the largest is the East gate which was previously reserved for only the royals. The whole structure is so huge that it can accommodate a whopping 25000 people at a time. At the center of the courtyard, there is an ablution tank where devotees wash their hands, face, and feet before entering the prayer hall.

Best time to visit? Anytime is the best time to visit Agra, however, during the months of October- March, the weather is pleasant, cool and picture perfect for sightseeing.

Head out to Agra now!

2 responses to “A pocket guide to Agra: 5 must visit spots”