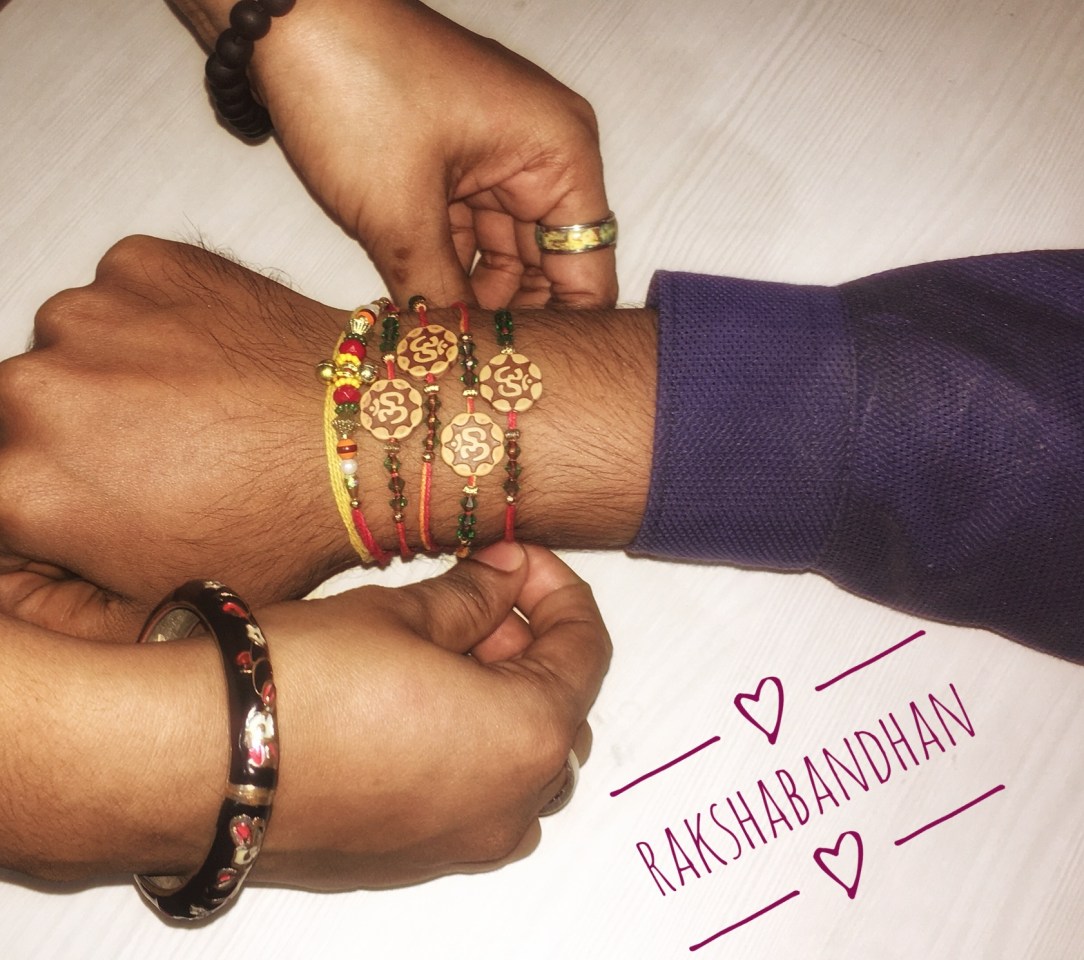 India is known for its myriad of festivals. Throughout the year we have one or another festival to celebrate. All the festivals here are related to one or more of these four aspects: Religion, Agriculture, Nature or Family / Relations. Fortunately family is still a strong institution in Indian society. We have many festivals which strengthen the bond of every family member,let it be brother, sister, mother or father.

Today a large part of country, especially in northern and central states, is celebrating the festival of Rakshabandhan, also called Rakhi.

It is celebrated on Purnima (full moon day) of Shrawan / Saavan month of Hindu calendar which generally falls in month of August. Rakshabandhan roughly translates into ‘the bond of protection’. This festival is dedicated to the relationship of ‘brothers & sisters’. Traditionally sisters tie a Raksha-Sutra (a thread), popularly called Rakhi on the wrist of her brother/s and in return brothers promise to their sister/s to provide lifelong protection to them against all the odds. Many Hindu mythological stories mention about this auspicious occasion. Although, it is a Hindu festival, many people from other communities also celebrate it due to the pious and non-religious spirit this festival has. There is a historical story in which a Hindu queen had sent the Rakhi to a Mughal Emperor, as her state was being attacked by another Muslim King. Then the Emperor had gone to protect her but unfortunately he was late to reach.

In today’s time, when women are empowered, it is less about protection, and more about the celebrating the spirit of the love & bonding the relationship has. These days, brothers give them the best possible gifts to their sisters, once they tie the Rakhi on their wrists.

Married women, on this day make a visit to their brother’s home. If they, for some reasons, are unable to do so, then brothers will go to their home. State governments of Uttar Pradesh and Delhi, have even declared their public transport buses free for women on this day so that they can visit their brothers. This festival is not meant only for real siblings, but also cousins tie Rakhi to their brothers. Those girls, who don’t have any brother as sibling or cousin, at times tie it to someone and then, despite not being a blood relationship, it becomes a life-long bother-sister relationship between them – that strong is the beliefs associated with this simple thread called Rakhi.

Is there any Indian festival which doesn’t have some special food related to it? I doubt it. Ghevar (a sweet disc-shaped cake) is the sweet which is specially associated with the Rakshabhandan festival and Shravan month especially in the states of Uttar Pradesh, Rajasthan, Delhi and Madya Pradesh. Sisters offer this delicious sweet to their brothers on this occasion. Don’t forget to try the Ghevar if you are traveling to north India in and around the month of August.