A pocket guide to Rajgir, Bihar 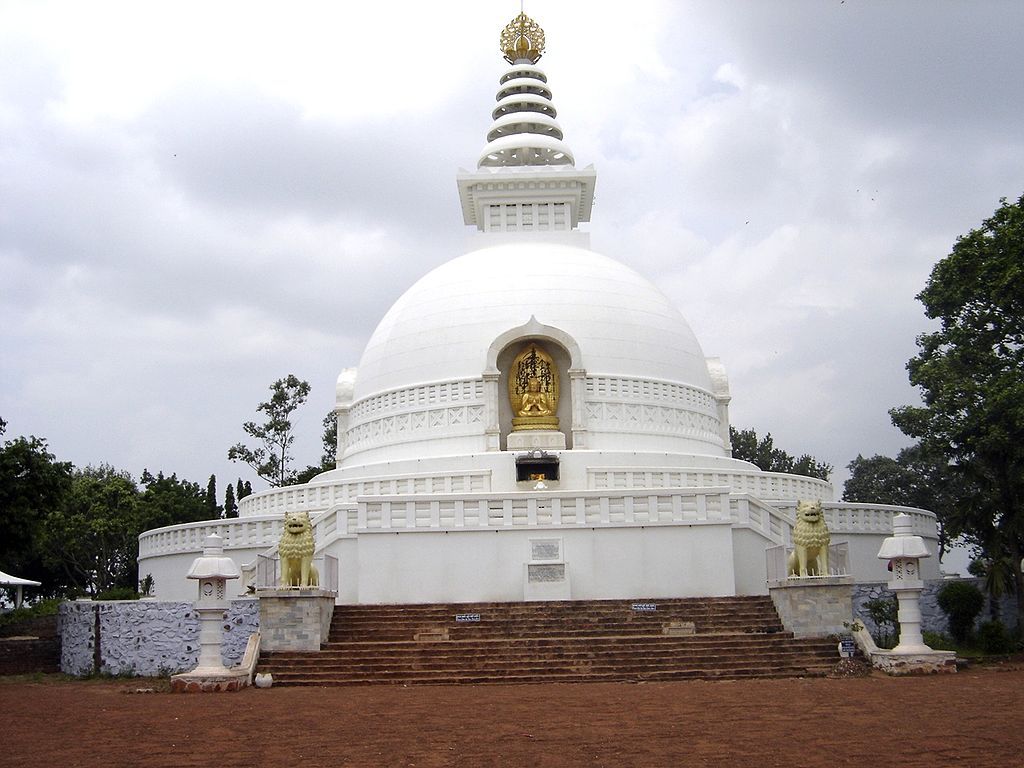 The first capital of the great Magadha Kingdom, Rajgir is a city in Nalanda District of Bihar. It was frequented by Lord Buddha and Lord Mahavir and therefore is of great spiritual importance for the Buddhists and Jains. Though the exact date of its origin is not known, the ceramics found during the excavations date back to 1000 BC. The name Rajgir means the royal house or the house of the royals. It is called Girivraja in the famous Indian epic Mahabharata and is mentioned in Buddhists and Jain texts as well. The Rajgir hot springs are famous all over India as the water is believed to be of medicinal properties and is considered holy for the Jains, Hindus and Buddhists.

Below are the major places to visit at Rajgir

The Griddhakuta Hills is popularly known as the hill of vultures. It is probably the most visited tourist attraction here at Rajgir. The hills are of great importance for the Buddhist as Lord Buddha stayed here for a long time and also preached his disciples his second noble truth. There is a well-known stupa on top of the hill. It is known as the Shanti Stupa or the Peace Pagoda.

There is a well-known stone path laid for the visitors to climb up the hill which expose them to some breathtaking views of the Rajgir Hills. However the best and more enjoyable way to reach the top is definitely the aerial route. You can opt for a rope way Gondola ride to the top which drops you at the top of the Rajgir Hills in 7.5 minutes.

The Shanti Stupa is situated at the above said 400 m high Griddhakuta Hill. The structure is made of marble and has four shiny statues of Buddha on all its four corners. The stupa can be accessed by two ways, either you have to climb your way up the Griddhakuta Hill using a well laid out stone pathway or you can go for the much easier way to reach the top using the ropeway ride on a Gondola. It will take likely 7.5 minutes for you reach the top on a Gondola or cable car.

Rajgir had a lot of hot springs in its soil but at present these are found only at the foot of the Vaibhav Hill. The hill is considered sacred by the Hindus as there are lot of tales associated with it and is even mentioned in the famous Indian epic the Mahabharata. Pilgrims from all over the country flock here to have a dip in the hot waters of the Rajgir hot springs. Brahma Kund is the tank which is built for the pilgrims to bath. Separate areas are provided for ladies and gents separately. The water is believed to be having healing properties and cures arthritis and joint pains.

The Sonbhandar caves are two mysterious cave chambers carved into a single huge rock. The caves are estimated to be more than 1700 years. One of it is believed to be a guard room which as per the legend houses the King Bimbisara’s treasury. There are many inscriptions and carvings on the caves from the 5thand 6th centuries. The architectural style of these caves resembles the Mauryan style which if true makes it even older.

The best time to pay a visit to this historical city of Rajgir is during the months October- March. The climate is cool with average temperature 24°c. Nights are chilly with the temperature dropping to 6°c at times. The Summer Season starts by April and lasts till June. The temperature is really high averaging 45°c and is really harsh for the visitors to enjoy the great outdoors. Monsoon reaches Rajgir by the month of June and continues till September. This is also not a recommended period for a visit.

3 responses to “A pocket guide to Rajgir, Bihar”