A pocket guide to visit Vadodara in Gujarat 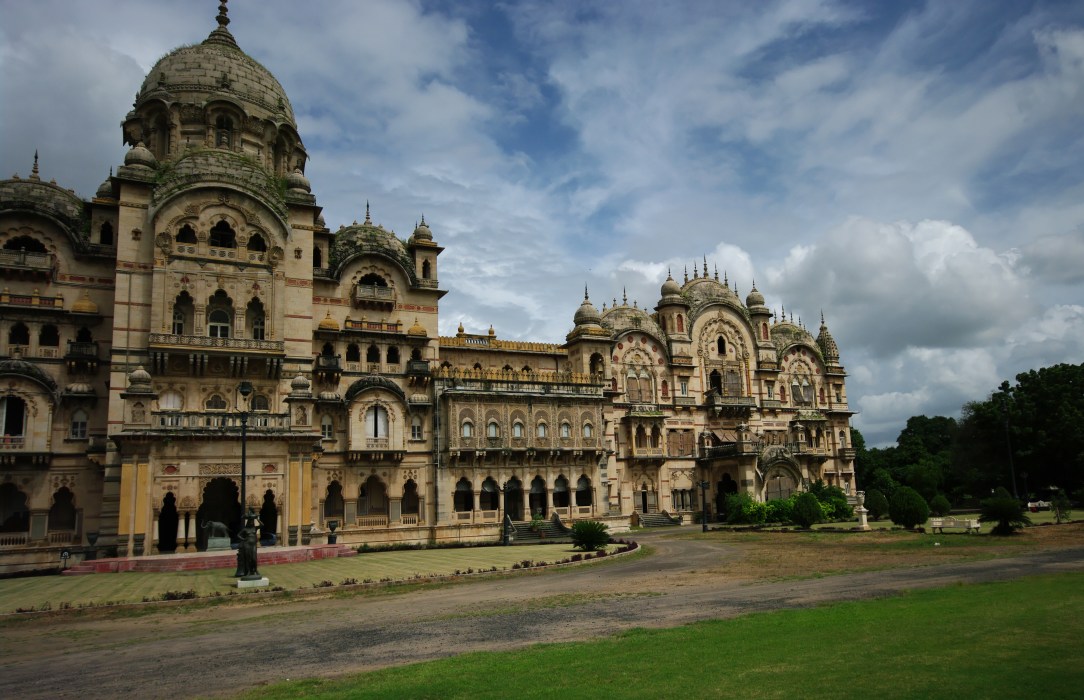 Vadodara or better known as Baroda located in the westernmost state of India, Gujarath. Located on the banks of the Vishwamitri River, the city is a major educational and cultural center of the country. The city was mostly ruled by the Hindu kings and therefore it reflects the same in its monuments and elegant royal palaces. The Gaekwads were the major ruling clan of Vadodara. The British rule on Gujarath also left some marks on this princely state with their brilliant architecture, however, Baroda did not surrender to the British as the city had direct relations with the Governor General of India. If you are planning to visit Vadodara, below are the major attractions you must not miss-

The Laxmi Vilas Palace is a spectacular building which was the private residence of the Gaekwads clan who ruled the city of Vadodara for a long time. It is the largest of its kind in India. It was built in 1890 by then King Maharaja Sayajirao Gaekwad III. It is a medley of Indian and European architecture. Culltural programs and other artistic events are conducted in its huge beautiful Darbar Hall. The palace also boasts of a well laid lush green golf course.

A UNESCO world heritage site, the city of Champaner was built by Mahmud
Begada of Gujarath. It attracts a lot of visitors from all over the world. The
site comprises of numerous heritage monuments and the remains of the
old capital of Gujarath belonging to the 16th century A.D. Other attractions here include temples, palatial gates, mosques, tombs and many more which are centuries old and definitely excite the history lovers for sure.

Found by the great Sayajirao Gaekwad III in 1887, the Baroda Museum and Picture Gallery was open to public on 1894. Art lovers from all parts of the world are drawn to this museum to see some brilliant paintings by famous British artists like Turner and Constable. Apart from these paintings the museum houses some famous collections like the Egyptian Mummy and skeleton of a blue whale. The 5th century AD Akota bronzes, Tibetan art gallery and some Mughal architecture miniatures are some other notable collections at the Baroda Museum. The architecture of the museum is also worth noticing.

A marvelous architectural specimen, the EME Temple is an awe-inspiring religious complex which represents five major religions in India namely Hinduism, Islam, Christianity, Jainism and Buddhism. It therefore symbolizes peace and spreads a peaceful message on communal harmony. The Temple is run by the Indian Army and is also known by the name Dakshinamoorthy Temple. The major deity here is Lord Shiva and is known as Dakshinamoorthy as the idol faces South. The architecture of the temple is huge and simply awesome. The Kalash represents Hinduism, the tower represents Christianity, the golden structure on top of the tower symbolizes Buddhism and the huge dome represents Islam.

A huge tower built by Sayajirao Gaekwad III, the Kirti Stambh was built as a symbol of victory. It has a lion on its top facing East.

The Ajwa Nimeta Dam is the major source of water and electricity to the residents of Baroda. It is constructed over the Vishwamitri River. The dam is 5 km in length and people visit here to spend some time in the Ajwa Nimeta gardens built alongside it. It is famous for the dancing fountains present within this well laid garden. It is a perfect spot to spend some time and relax.

Summer: It is better to avoid Vadodara during the Summer [April-July] as the temperature average around 40c and it is pretty harsh for the visitors.

Monsoon: Vadodara is lovely during the Monsoon [July-September] and if you love getting wet you will enjoy it to the core.

Winter: Winter starts by October and lasts till March. The temperature range about 15c-20c and Vadodara is calm and inviting during this period. The best time to visit Vadodara is therefore for sure Winter.

We can plan your perfect tour, leave us a message here-  Indian Panorama

One response to “A pocket guide to visit Vadodara in Gujarat”