5 “not to miss” sites in Bodh Gaya: The roots of Buddhism 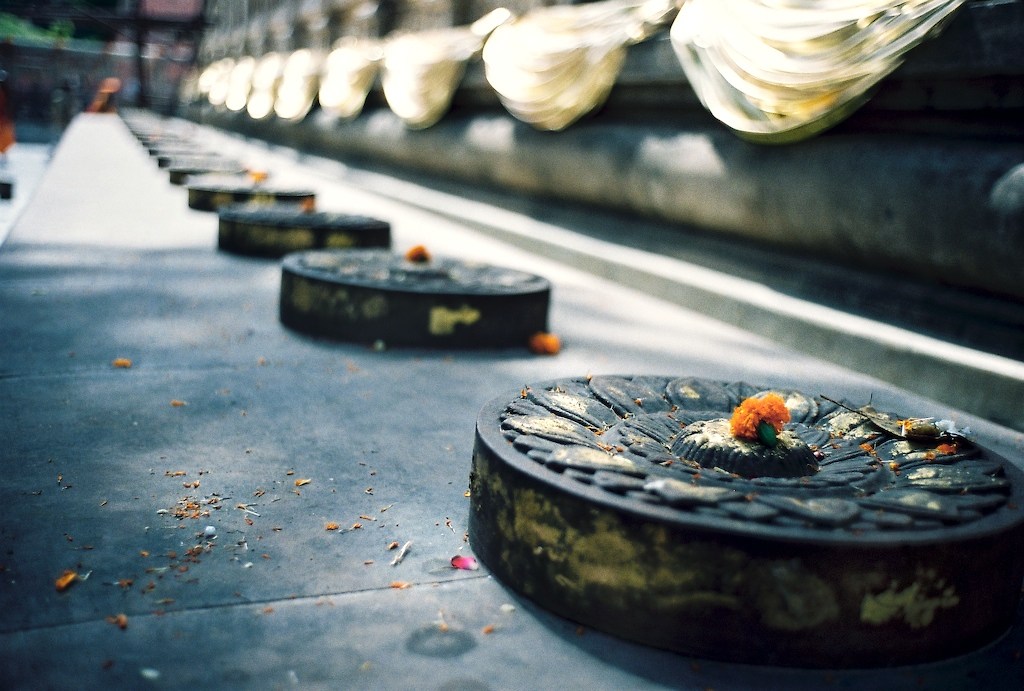 Buddhism, a religion followed by more than 300 million people in the world has its roots in India. Prince Siddhartha Gautama who later became the Buddha is believed to have attained enlightenment under a Bodhi tree. Bodhgaya in Bihar is that blessed land where 2600 years ago this divine manifestation happened and the Buddha was born. People from all over the world are drawn to Bodh Gaya every year, making it the most sacred Buddhist pilgrim site. There is a temple here which houses the spot and marks it with a Bodhi tree, a sapling of the original divine tree. It grows on the same soil within which the Buddha tree grew. Most of the significant events of his life including the last sermon occurred here. There are numerous monasteries and temples at Bodh Gaya which attract visitors from near and far. Even the Dalai Lama himself make a visit to Bodh Gaya during December- January every year.

Below are my favourite Bodhgaya picks to add to your itinerary-

The most revered Buddha temple in the world, the Mahabodhi Temple is a world-heritage listed structure. The original temple built by Ashoka some 2200 years ago was replaced in 6th century AD. It underwent many restorations after that and the last one was done in the year 1882, however, the four sculpted stone railings which surround the temple is still intact. The most striking feature you will notice at a mere glance of this temple is its 50m pyramid shaped steeple which mesmerises its viewers with its brilliant stone carvings.

The sacred Bodhi Tree under which Buddha attained enlightenment is present here within the temple premises. There is a red sandstone slab placed by Ashoka between the Bodhi Tree and the back side of the temple. It is known as the Golden Throne which marks the spot of the Buddha’s enlightenment. People belonging to all religions visit this magnificent temple. A stroll around the temple admiring the structure and chatting with the monks is definitely worthwhile.

The legendary Bodhi Tree of Buddhism under which Lord Buddha attained enlightenment, can be seen at the Mahabodhi Temple, Bodhgaya. Though it is not the original Bodhi Tree under which Buddha meditated, the present tree is a direct descendant of the same. Once King Ashoka’s wife destroyed the tree as Ashoka spent most of the time near this tree, but fortunately, before that, her daughter carried a sapling of the tree to Sri Lanka which is still present and the one at the Mahabodhi Temple now is planted using a shoot from this tree.

The Animesh Lochana Chaitya shrine is a sacred site where Lord Buddha himself is believed to have spent his second week of enlightenment looking at the Bodhi Tree. He did not even bat his eyelids while looking at the Bodhi Tree from here as a form of gratitude for sheltering him while he was meditating. The shrine is used by many for deep meditation as the ambience here is divine and you can easily connect with your inner self here.

As per Hinduism Lord Buddha is believed to be an incarnation of Lord Vishnu, one of the most revered Hindu Godheads. During the sixth week of meditation while Buddha was in deep meditation near a lake it started raining so heavily that he got disturbed. The Shesh Naga or the serpent King Muchalinda coiled himself around Buddha and provided him shelter from this heavy rain. Lake Muchalinda is the same lake where now a statue of Buddha sitting on a coiled snake is present at the centre of the lake.

The Great Buddha Statue is an 82 feet tall statue of Buddha in his meditating pose [Dhyana Mudra], seated on a giant lotus. The statue is made of sandstone and red granite. The 14th Dalai Lama inaugurated the statue on November 18, 1989, and since then it attracts with its divine aura, a lot of visitors from all over the world.

One response to “5 “not to miss” sites in Bodh Gaya: The roots of Buddhism”