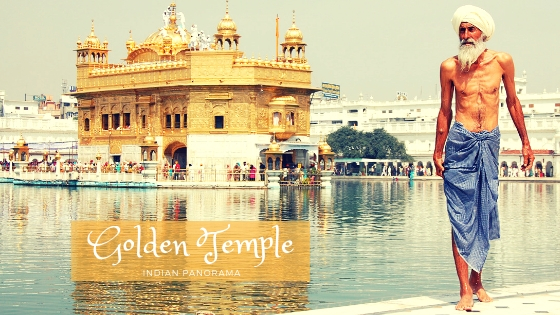 Popularly called as the Golden Temple, the “Harmandir Sahib” or the abode of God welcomes people irrespective of their race, culture and religious beliefs to immerse into its beauty and tranquility. Built in  1577, the Golden Temple is considered to be the place where people from all walks of people can visit and worship. The building has four entrances to indicate the openness of the religion to embrace everyone with love and affection. Around the sanctum of the temple are few buildings and the pools paving a circumambulatory path. Men and women entering this temple have to cover their head as a mark of respect and they should walk only on barefoot. You have a place for a foot bath, where you need to ensure that you are entering the temple with clean feet. 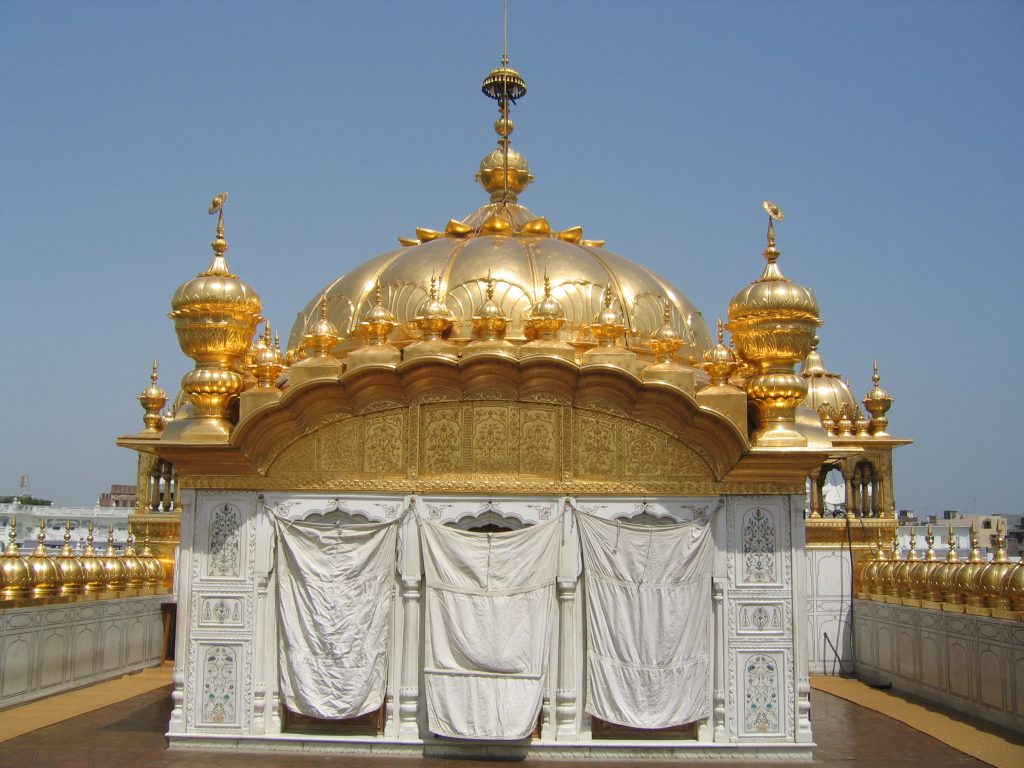 After all these preliminary procedures, you are now in front of the stunningly beautiful Golden temple. The dome of the building is gilded with 750kg of gold which earned this temple its name, the “Golden Temple”. A mere look at this incredibly impressive temple takes one’s breath away. Located at the center of the holy tank, the temple witnesses around one One Lakh people every day from all corners of the world.

The sanctum of the temple has two floors. The holy book of Sikhs, Guru  Grandh  Sahib are placed on the lower floor and you can see people worshipping quietly in the halls. The second floor of the gallery and the ceiling is bedecked with golden foils and precious stones. There is a way from the surrounding pool to enter into the path leading to the sanctum.  Those who want to take a holy dip in the pool, can do that in the allotted space before proceeding into the temple. Guru Grandh Sahib,, placed on the lower floor is the holy book, the one which teaches the people following Sikhism to lead a morally and ethically fruitful life and get rewarded in the Holy Court. 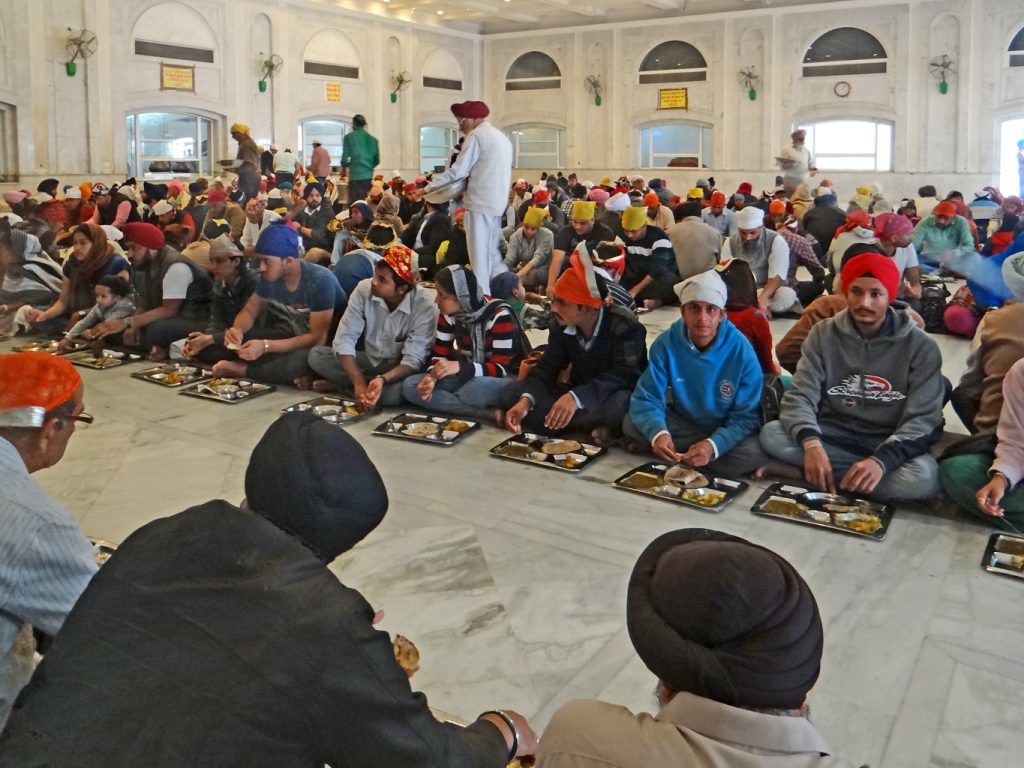 Out of all the buildings surrounding the temple, Langhar is most significant. Langar is the kitchen where vegetarian food for more than hundred thousand people is prepared and distributed. Very simple yet delicious meals are served and this has been in practice for the past 450 years without missing the routine even for a single day.

When you go around the temple, you can  see the musicians and the saints singing the hymns from the holy book which is a pleasant experience to listen to. One can make sure to visit temple many times in a day if time permits to see the different kinds of people entering into the temple. Especially after the evening hours, the Golden Temple sparkles in the light decorations which is a spectacular sight to enjoy.

A scene captured during the Vaishaki Festival

The festivals celebrated in this temple is Vaisakhi which falls mostly on April 13th of every year. Other than this, the birth and death anniversaries of the Sikh Gurus are observed. Diwali is yet another festival celebrated in a pomp manner when the Golden temple is decorated with Diyas in a more attractive way. The daily rituals of the temples include two important events. One is taking the holy back to the second floor of the sanctum in a flowered palanquin and it is called as Sukhasan. Every morning the holy book is taken back to the lower floor and kept open. One of the pages is randomly selected and verses from that page is read out as message for that day. Thus, the Golden Temple at Amritsar gives you an undoubtedly wonderful experience, where your expectations are really surpassed.