Does Keeladi holds the key to unlock the history of the oldest civilization in the world? 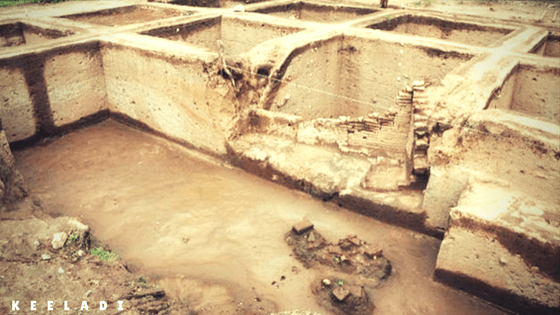 I am pretty curious about anything and everything around me in this world. The very thought of people like us lived here on the same planet thousands of years ago makes me restless, trying to figure out how was everything then? I wonder how people lived without many of the modern amenities we have in the 21st century. We, humans, have come a long way and evolved significantly throughout the years. I cannot imagine the world where there are no computers, television, mobile phones, and automobiles. Fascinating, the fact is that such a world did exist. Things change as we evolve, and even a mere peep into the past let us know more of ourselves. Whatever we are now is the result of the collective evolution of thousands and thousands of years of human existence.

Lately, a news about the Keeladi archaeological excavations hit my ears. Keeladi is a village sharing its borders with the city of Madurai and the Sivagangai district of Tamil Nadu. The Archaeological Survey of India [ASI] is conducting excavations and are coming up with new discoveries every day. At present, their work resulted in 4 dugouts which comprise of residential walls, potteries, weapons and more. The experts date these artifacts to the Sangam Age [200- 300 BC]. We have heard about the ancient Harappan, Mayan, Egyptian and Mesopotamian civilizations which are considered among the oldest civilizations which thrived on our lands thousands of years before. However, the findings at Keeladi have puzzled the officials of the Archaeological Survey of India [ASI] and questions have arisen whether the civilization which settled on the banks of the Vaigai River existed even before the ones mentioned above.

As per the Union Minister of Tourism and Culture in Tamil Nadu state, it would take another 5 years more to excavate the site completely. Archaeologists and historians across the globe are keenly looking forward to more answers. There is no doubt, once it is finished it would make a considerable change in the recorded history of our world till date. If the information is right, the archaeology officials claim this site might have been inhabited by the oldest civilization known to mankind, and the city of Madurai, the oldest inhabited urban settlement in the world. Contradictory to the same, some reports from other popular historians and archaeology officials claim that the Keeladi settlement is related and seems similar to the Harappan civilization. They believe the Harappans might have got settled here finding refuge after the Aryans invaded the Indus Valley and pushed them southwards. Anyhow, we have to wait for the completion of this high scale excavation program to get a clear cut picture of the same.

The good news for the travel community and the history buffs is, the state government of Tamil Nadu has instructed the ASI [Archaeological Survey of India] to set a museum at Keeladi, once the 3rd phase of the excavation is completed and enough artifacts are collected. The museum would showcase the remnants of the lost civilization which once inhabited this part of the world.

One response to “Does Keeladi holds the key to unlock the history of the oldest civilization in the world?”