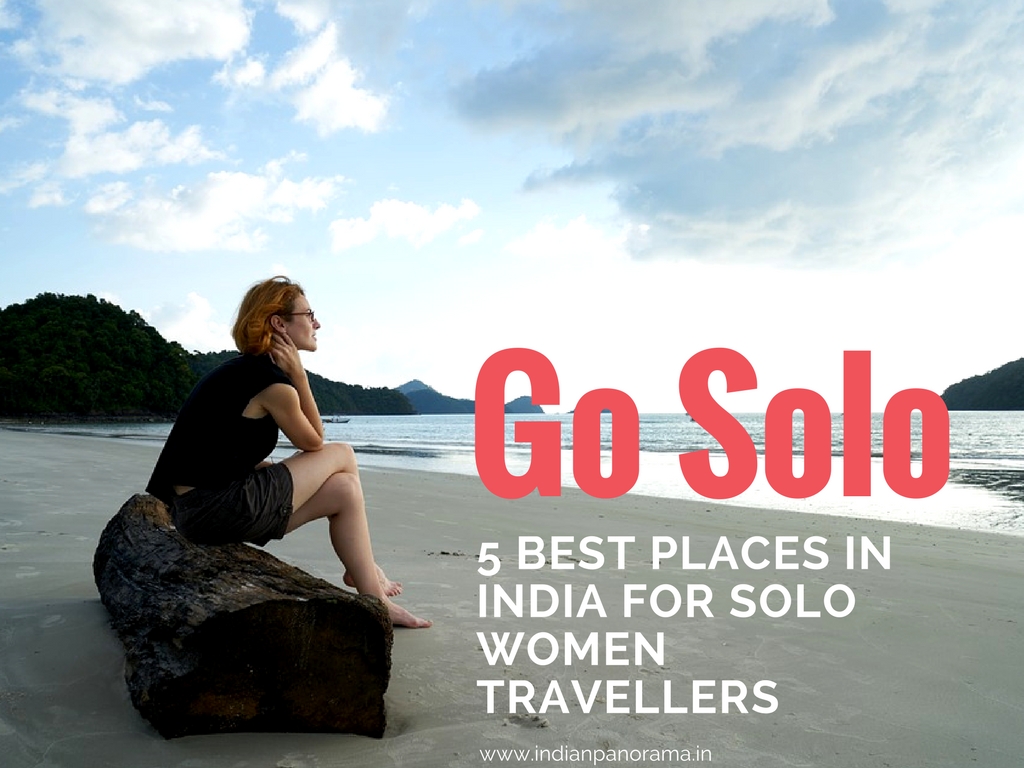 We all have heard that saying, “Why guys should have all the fun?” Exactly, and it seems the ladies have taken it pretty seriously. The number of solo women travellers flying to India has increased manifold in the recent years. Women these days are not restricting themselves to travel alone and love to explore various new destinations on their own. Though India might sound risky for these Women travellers [Thanks to the media], it is safer than we all think. We all know there are all kinds of people everywhere we travel. It depends upon your willpower, your desire to explore and how smart you manage your day to day activities while you travel. Of course, there are few things you must note while you travel in India alone. It is recommended not to roam around late night in India. Also dressing loosely than those more revealing outfits would be better. Another thing to note is to always try to choose an authentic and reliable tour operator in India while you travel. Before you head to India, do a bit of research and when you learn the basic things to take care of while travelling in India, you are good to go.

Now coming to the destinations in India, there are many which we recommend to the solo lady travellers all across the globe. 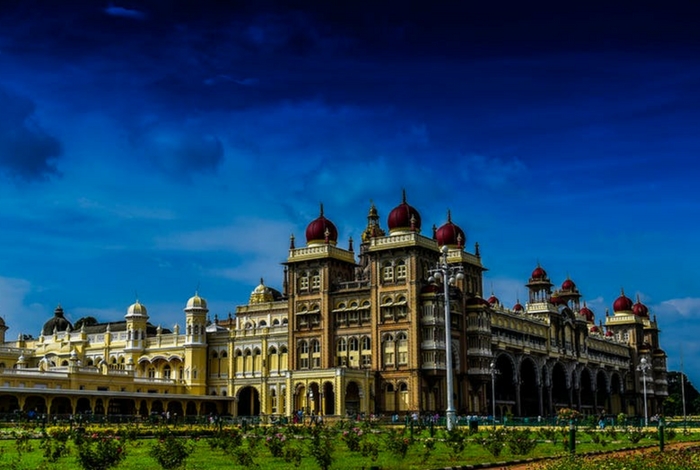 The cleanest city in India, Mysore, is also the safest city in India. The people at Mysore are very much welcoming and hospitable in nature. This so-called city of palaces is thoroughly entertaining with the imperial buildings which dot the city area, for instance- the famous Mysore Palace or perhaps the stupendous Jaganmohan Palace. The Chamundeshwari Temple, another architectural delight built atop the Chamundi Hills is another spot not to miss.

Not just the palaces or temples, the famous Mysore Sandal and the Mysore Silk add more reasons to make a visit to Mysore. If you wish to explore and experience the real essence of Mysore you also have options for a guided Mysore walking trail, which gets you deep into the roots of Mysore’s history and culture. Therefore if you are planning for a solo trip, it is a THUMPS UP for Mysore. 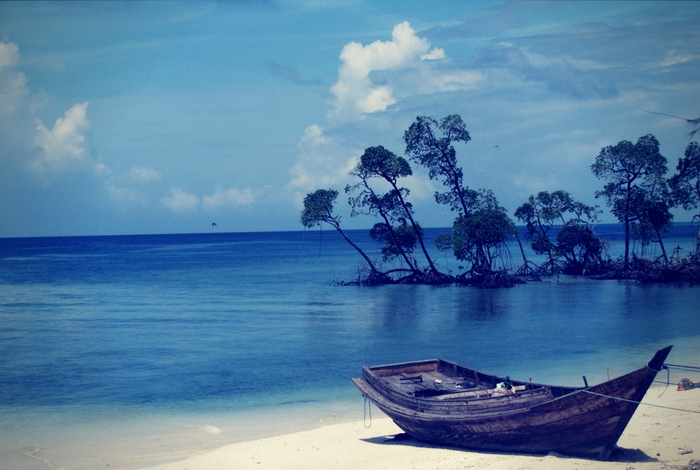 As per the Indian Govt. Women Safety Index, the Andaman and Nicobar Islands has the lowest women assault rate in India. There is no doubt, it is probably one of the safest destinations for women to head to, not just in India but the whole world. The people here have a huge respect for women and they play a big role in ensuring the safety of them. Another good thing about these islands are that the people do not care how you dress yourselves. Even if you wear swimsuits and bikinis, you won’t find many staring at you, unlike many other sea sides in India. Speaking of the sights, well it is no less than a paradise.

Surrounded by pristine blue ocean, endless stretch of palm fringed sea sides, the colourful coral reefs, sea food and beer, options are plenty for you. Opt for ferry rides or perhaps Scuba Diving if you want something exciting or adventurous. Another cool thing to do is to rent a Scooty and just enjoy a ride along the roads of Andaman. Havelock Island, Neil Island, Ross Island, Baratang Island, Sitapur Beach, Laxmanpur Beach and Viper Island are some of the  best sightseeing recommendations at the Andaman and Nicobar Islands. 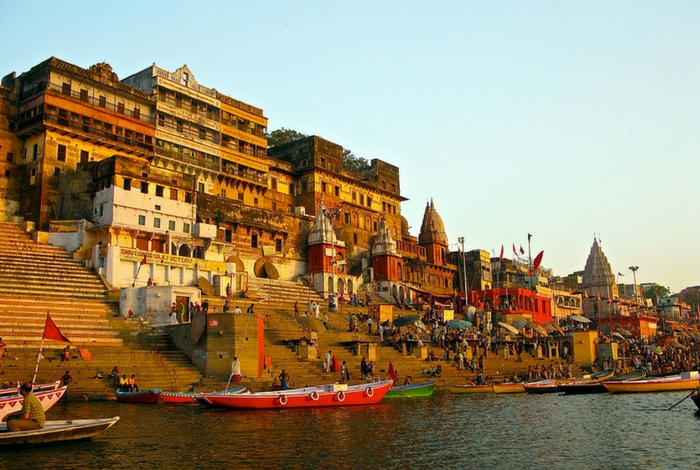 You already have an image of Varanasi in your mind for sure. The crowded ghats and smoking Sadhus would be the first two things that click in your mind, however I must tell you there is much more in its lot. Considering the safety aspect for Women, again, Varanasi is one of the safest places in India for solo women travellers. It sees tens of thousands of women tourists all year round and most of them are solo travellers. Only hassle would be the rickshaw drivers and guides, who would sometimes come to you to avail their services. It is better to say NO in a polite way and leave. They won’t bother you again.

Meanwhile, enjoy a stroll through the ghats of Varanasi, exchange few words of wisdom with the fearless Sadhus or perhaps try tea in a traditional clay pot sold in local tea shops of Varanasi. Enjoy a sunset boat ride along the River Ganga in the morning. 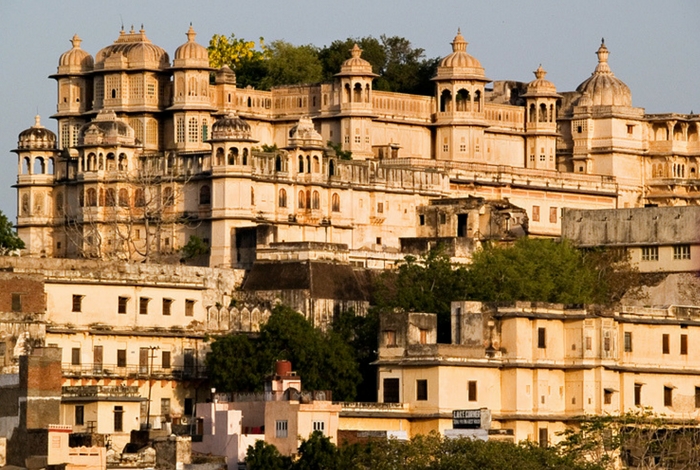 Awarded as the “Best Tourist City in India” by the Outlook Traveller Magazine, Udaipur definitely has to make it to this list of best places in India for solo women travellers. In fact the whole Rajasthan state is probably one of the safest places in India. The city of Udaipur has the lowest crime rate compared to the other Indian cities. Women walk along the streets alone even during the night time, though we do not recommend it.

You have beautiful lakes, stunning palaces and plenty of shopping to do in this one of the most romantic cities on the planet. The city Palace, the Lake Pichola, the Fateh Sagar Lake and the Jag Mandir are some of the prominent sightseeing places to cover at Udaipur. 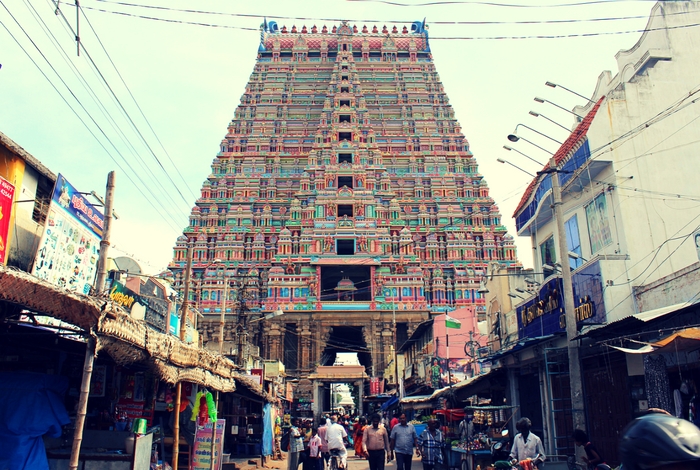 Again, with a really low Women assault rate, the state of Tamilnadu in South India is one of the best places for solo women travellers to head to. The people here are well known for their ancient Dravidian roots and most of the population still follow the Vedic culture. Women are considered as Goddess here. Though modernization has slightly affected the age-old culture, men here are well mannered and have a huge respect for Women. Therefore be carefree while you head to Tamilnadu.

Madurai, Trichy, Tanjore, Kumbakonam and Chennai are few of the best cities in Tamilnadu where you could spend your holiday. Ancient Dravidian architecture, vibrant culture and the utterly delicious Tamilnadu Cuisine are the highlights here. If you are looking for hill stations and beaches for your solo trip, you have the Kodaikanal Hills, the Ooty Hills, the Marina Beach or perhaps Rameshwaram to head to in Tamilnadu.

So that was it! Our list of the Best places in India for solo women travellers

Comment your recommendations below for other fellow women travellers.