A Spiritual Sojourn in the Sri Kalahasti Temple, a Pancha Bhoota Temple 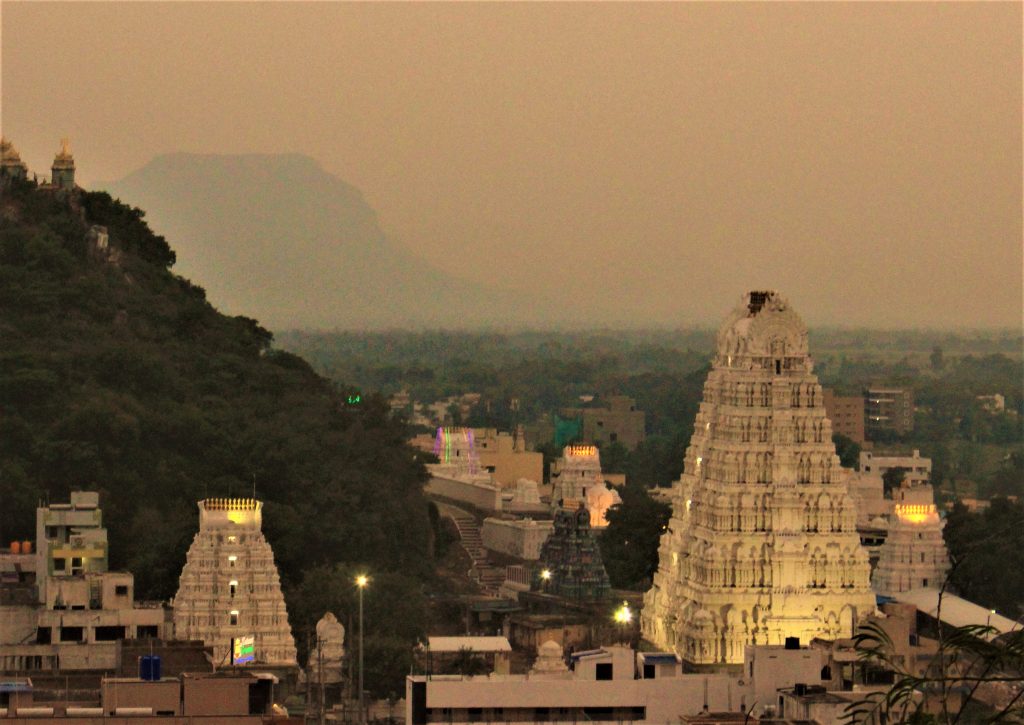 India is a land of hundreds of thousands of temples. It is the ultimate destination for you to seek answers to your raging spiritual questions. Hinduism has more than hundreds of Gods being worshipped by millions of people. The one that always amazed me is Lord Shiva, one among the three godheads of Hinduism along with Lord Vishnu and Lord Brahma. I have been to numerous temples in India and Shiva temples are always my “go to” temples when I feel down or pass through a tough time in my life. Recently for the same reason I decided to make it to one of the prominent Shiva temples which I have never been to. 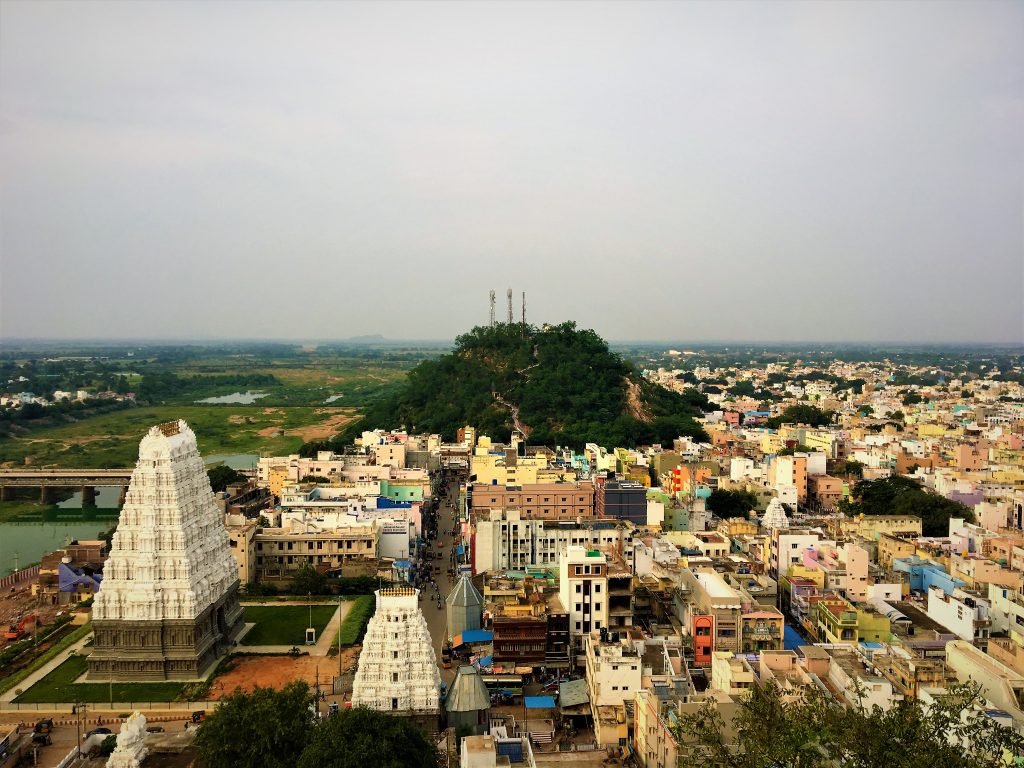 I did my research on finding the best pick this time. I came across Sri Kalahasti Temple in Andhra Pradesh. It is not just any other Shiva temple. It is one among the Pancha Bhoota Temples in India. Pancha Bhootas refer to the five basic elements of life namely Air, Water, Fire, Earth and Sky. The Kalahasti Temple in Andhra Pradesh represents the element Air. It is also famous for the Rahu Ketu Pooja which is believed to remove any kind of Sarpa Dosha or obstacles one faces in his/her life. I decided the Kalahasti is my next destination. I first reached Chennai, the capital city of Tamilnadu. From there it takes nearly 125 kms and 3 hours to reach Kalahasti. 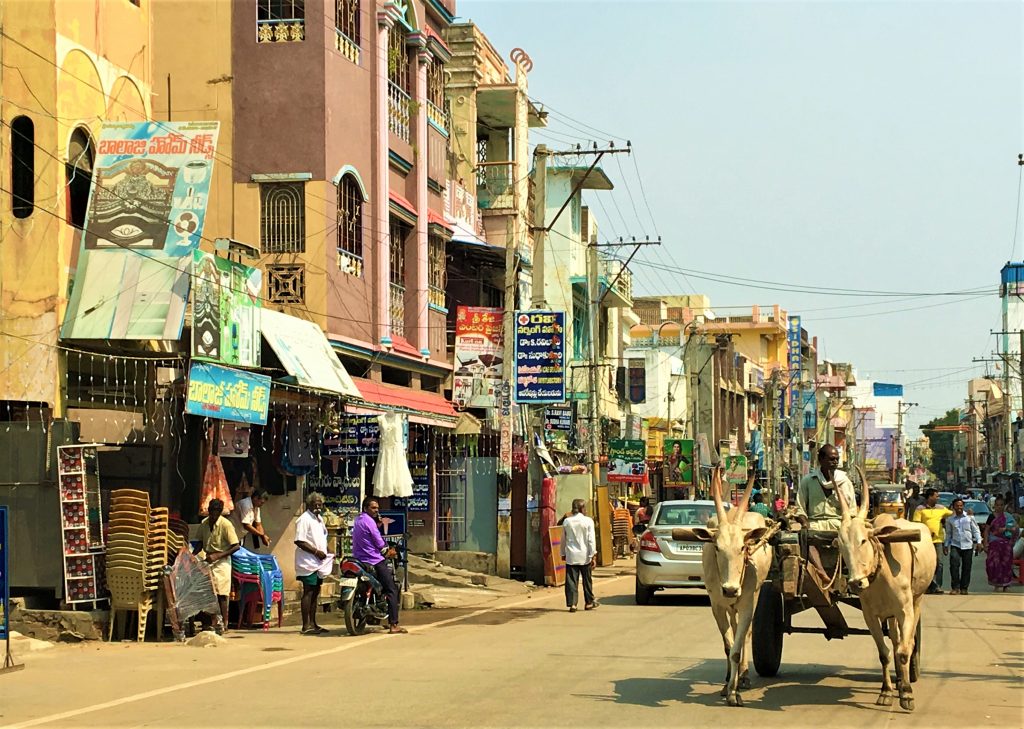 I booked a cab and started early in the morning to Kalahasti. When I reached I found Kalahasti is small temple town but the energy here is blissful. Nearly a km before I reached the temple, I could see the towering Gopura [Temple tower] of the Sri Kalahasti Temple. My driver advised me to do the Rahu Ketu Pooja which is the speciality here as I said. However, I was more into just spending some time at peace inside the temple. There is a small building infront of the temple were you got to leave your sandals and other belongings.

Cameras and mobile phones are not allowed. I left all the belongings there and got inside the temple. Oh! I was literally relieved of all the stress and negativity I was experiencing for the last few days. The temple bells rang inside my head as if waking me up. The smell of camphor, sandal and incense sticks was so pleasing that I felt the divine presence all over. The architecture of this 1500-year-old temple is brilliant and definitely has a touch of the architectural brilliance of great Cholans, the most powerful dynasty in South India during the ancient times. 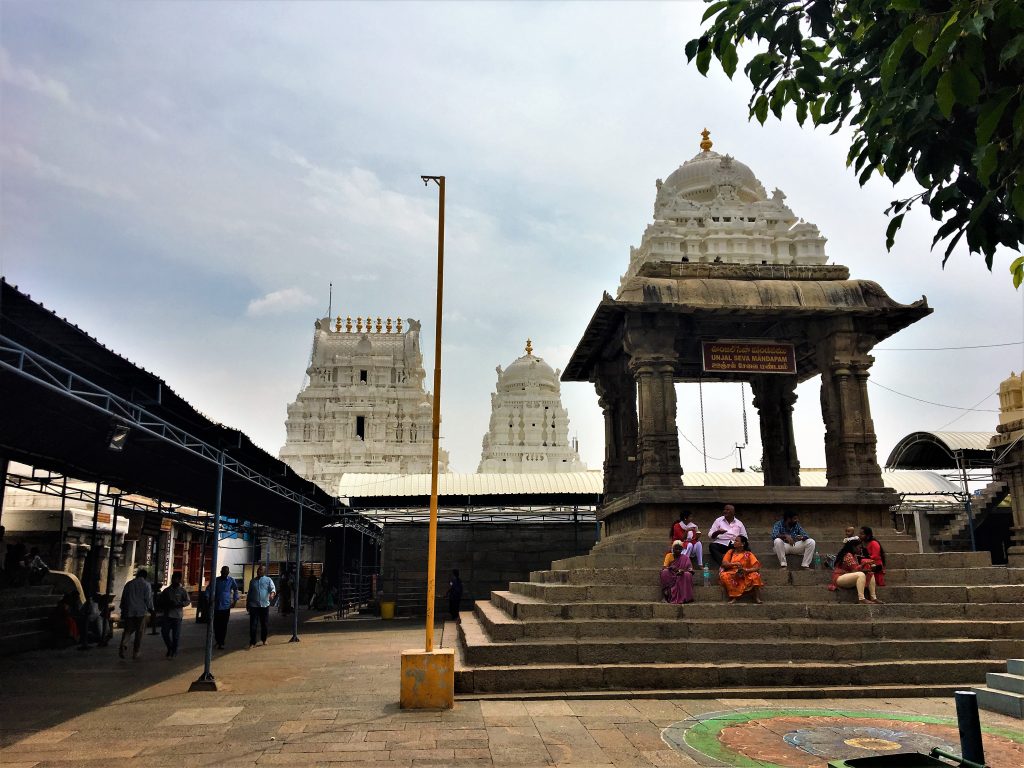 Inside the Kalahasti Temple premises

If you have been to Shiva temples, you would know at first we need to pay our prayers to the Lord Vinayaka, Lord Shiva’s son. There is a Patala Ganapathy Temple inside the Sri Kalahasti Temple. It is a cave temple and is something unique I have not seen in many other temples. You literally got to duck through the entrance of this temple as there is no door and only a small opening. I am sorry I could not click a photo of the same as phones are not allowed. Once you duck inside, it is followed by a series of spiral stone stairs [20 stairs as I recollect] downwards before you reach the Lord Ganapaty Idol. It was a very different experience for me. 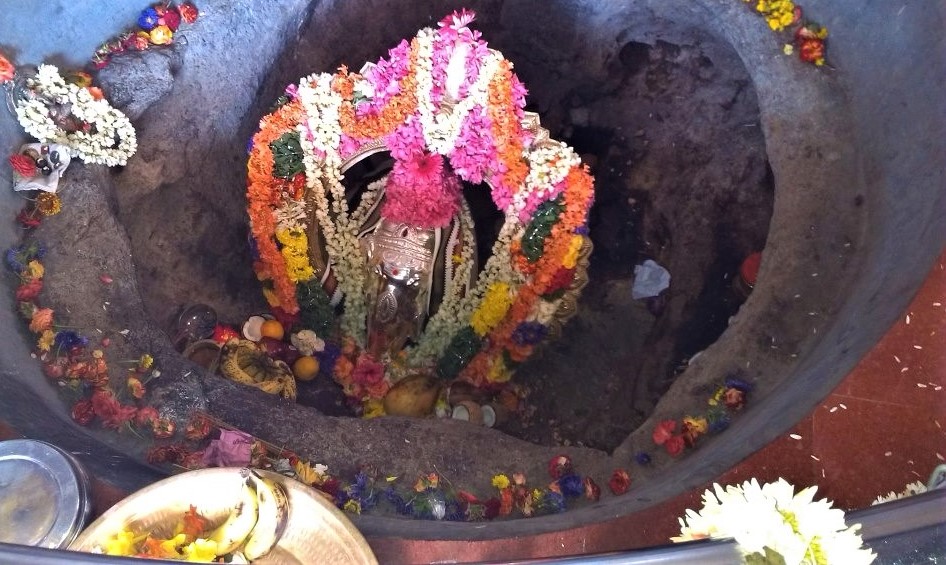 Next up I followed the crowd and moved to the main sanctum where the Vayu Linga or the Kalahasteeswara Lingam is worshipped. After probably half an hour wait, I finally reached the main sanctum. I could hear the priests chanting Shiva Mantra- “Om Namah Sivaya” continuously. I felt the energy field getting stronger. I could feel the magnetism of the Shiva Linga here. I entered the sanctum and there it was, the Kalahasteswara Lingam. I was literally dumbfounded by the divine energy that passed through my body like electric currents. I stood there in awe and joy. One thing i noted is the shape of this Shiva Linga.

Unlike I have seen in other Shiva Temples, the Kalahasti Linga seems like a triangle shaped linga. I stood there staring at this unique Shiv Linga and soon a guard pushed me off so that other devotees who followed me could come. I got out of the main sanctum and asked one sadhu [a holy man] about the Shiva Linga here. He said the Kalahasti Linga is a Swayambhu Linga, a self-manifested one and hence the shape isn’t as usual. It is very special and powerful. It has never been touched by a human hand.

The other speciality of this temple is that it is the only temple in whole India which remains open during the Solar and Lunar eclipses. Also the Rahu Ketu Pooja here is believed to relieve one of his/her negative astrological effects. After I came out of the sanctum and took a stroll around the temple premises, I came across a big hall where more than a hundred people were sitting cross-legged and waiting for something. I asked a guy what was happening there and he answered “Rahu Ketu Pooja”. I decided to do it as well. He directed me to a counter where you need to buy a ticket for INR 500 and you get a cover full of turmeric, flower petals, 2 silver snake roopas etc. These are need to do the Rahu Ketu Pooja. 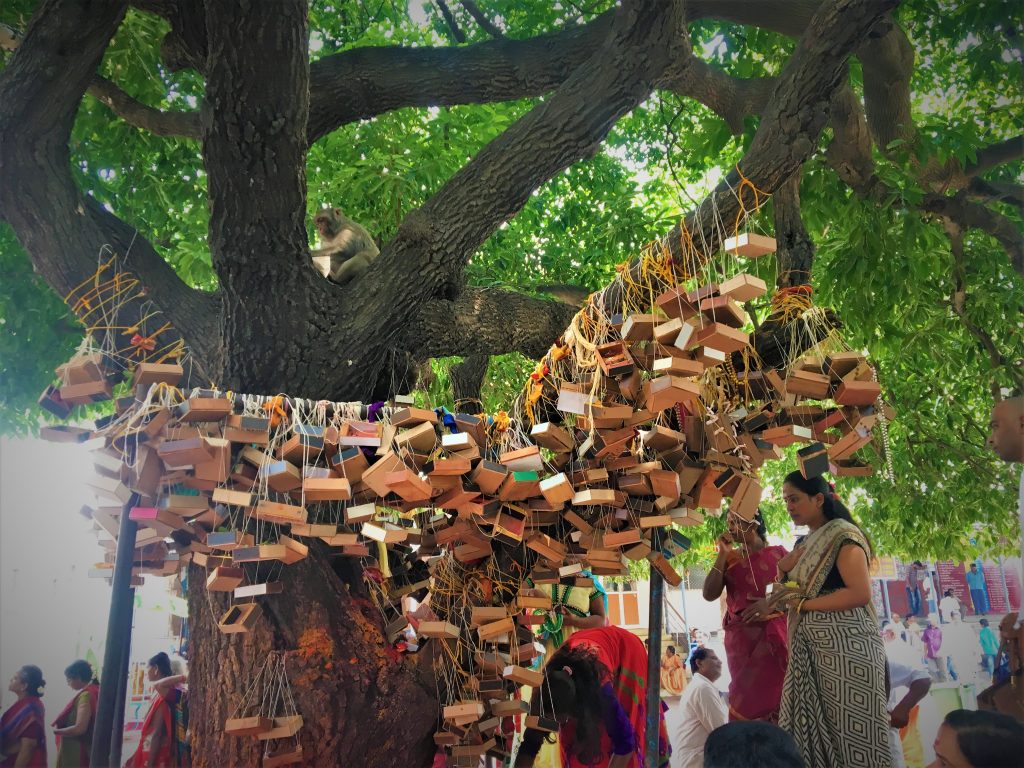 I then entered the pooja hall and sat along with the others. After 10 minutes 2 priests came in and started chanting mantras and gave us instructions to do poojas with the things we had in the cover. Likely after half an hour, the pooja was over and we were asked to go to the main sanctum and keep the silver snake roopas near the sanctum. Therefore I had the darshan of the Lord Sri Kalahasteswara second time. It was as blissful as my first time.

I was completely in a divine state of bliss. I was relieved of all those negative thoughts which were hunting me down. I then roamed around the outer premises of the temple after collecting my phone. I started capturing images of the temple structure to save into my memory books. I spent the next day morning also inside the temple soaking the positive vibes all around and by afternoon I started back to Chennai. My 2 day sojourn in Kalahasti was for sure one of the life-changing experience for me. I am sure I will go back again to seek blessings from the Lord Sri Kalahasteswarar.

One response to “A Spiritual Sojourn in the Sri Kalahasti Temple, a Pancha Bhoota Temple”